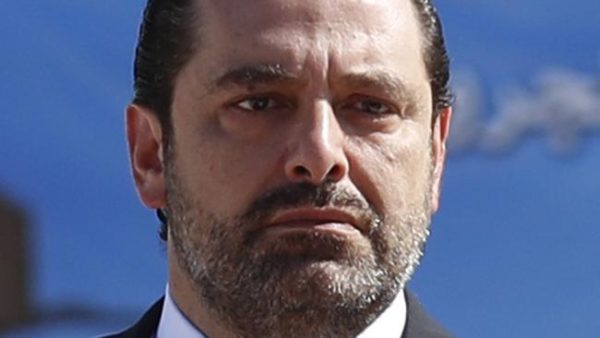 Former PM Saad Hariri arrived Sunday in Beirut to mark the 17th anniversary of the assassination of his father, former PM Rafic Hariri.

Hariri will visit his father’s tomb in downtown Beirut at 12pm Monday, his press office said.

On January 24 Former PM Saad Hariri announced that he was leaving politics for now and would not run in upcoming parliamentary elections.

Hariri, a three-time prime minister and current member of parliament, inherited the political leadership from his late father, billionaire businessman Rafik Hariri, who was one of Lebanon’s most powerful and influential politicians after the end of the 1975-90 civil war.

On February 14, 2005, former Prime Minister of Lebanon Rafic Hariri was killed along with 21 others in an explosion in Beirut, Lebanon. Explosives equivalent to around 1,000 kilograms (2,200 pounds) of TNT were detonated as his motorcade drove near the St. George Hotel. Among the dead were several of Hariri’s bodyguards and former Minister of the Economy, Bassel Fleihan.

On August 2020, judges at the Special Tribunal for Lebanon found Salim Ayyash, a mid-level operative in Hezbollah, guilty in absentia of five charges including the intentional murder of Hariri with premeditation by using explosive materials.

EX PM Saad Hariri said he is convinced there is “no room for any positive opportunity for Lebanon” in light of Tehran’s growing influence, internal divisions, rising sectarian sentiments and the dysfunction of the state.

In n an emotional televised speech Hariri said that he did all he can to prevent civil war in Lebanon by compromising, an apparent reference to forming governments that included Hezbollah.

Hariri has been the most powerful Sunni Muslim politician in Lebanon since 2005. He served as a prime minister three times until he resigned in October 2019 following mass protests against the country’s ruling class. He was appointed to the position a fourth time, but was unable to form a government.

“Saad Hariri remains the primary Sunni leader in Lebanon,” Randa Slim, a political analyst with the Washington-based Middle East Institute said in a Twitter post. “His political exit will create a vacuum,” she said, adding that the scramble for the Sunni community leadership mantle will now intensify.

His relations with Hezbollah worsened in 2020 when a U.N.-backed tribunal sentenced Hezbollah member Salim Ayyash to life imprisonment for his involvement in his dad’s assassination.

He told them: ” I cannot prevent anyone from running in the upcoming election , but my “advice as a brother and friend is not to run”, because of his conviction that the country is on the verge of further deterioration, and that there is no solution in sight” , a possible reference to the fact that Lebanon has become a colony of Iran that is administered by its heavily armed proxy Hezbollah

Hezbollah, which is listed as a terrorist organization by several Western and Arab countries claims to have over 100, 000 fighters and hundreds of thousands of various types of rockets and missiles