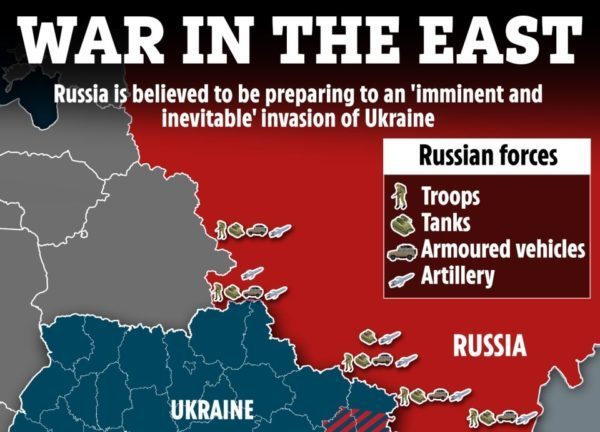 The US and its allies have new intelligence that suggests Russia could launch an attack on Ukraine even before the end of the Olympics, multiple sources familiar with the matter tell CNN.

Previous assessments had suggested that Russia was unlikely to move into Ukraine until after the Olympics end on Feb. 20, US officials had told CNN in the past. The revelation of the new intelligence comes as administration officials have dramatically ramped up the urgency of their public warnings related to Ukraine in the past 24 hours.

US Secretary of State Antony Blinken said Friday that a Russian invasion of Ukraine “could begin at any time,” including during the Beijing Winter Olympics, and the United States continues “to see very troubling signs of Russian escalation, including new forces arriving at the Ukrainian border.”

Kyiv is among the targets identified in the Russian planning, three sources familiar with the new intelligence tell CNN.

There are ongoing conversations within the administration about declassifying some of that new intelligence, which two US officials said may come later on Friday.

President Biden on Friday morning was set to hold a call with NATO and European allies to discuss the latest intelligence, a White House official told CNN. A European defense official said the North Atlantic Council will be discussing the situation and the new intelligence in a meeting later Friday.

Biden also joined a meeting of his top national security advisers Thursday evening in the White House Situation Room to discuss the crisis, a person familiar with the meeting said.

When asked about new intelligence, a spokesperson for the Ukrainian defense minister said that such warnings have been heard already.