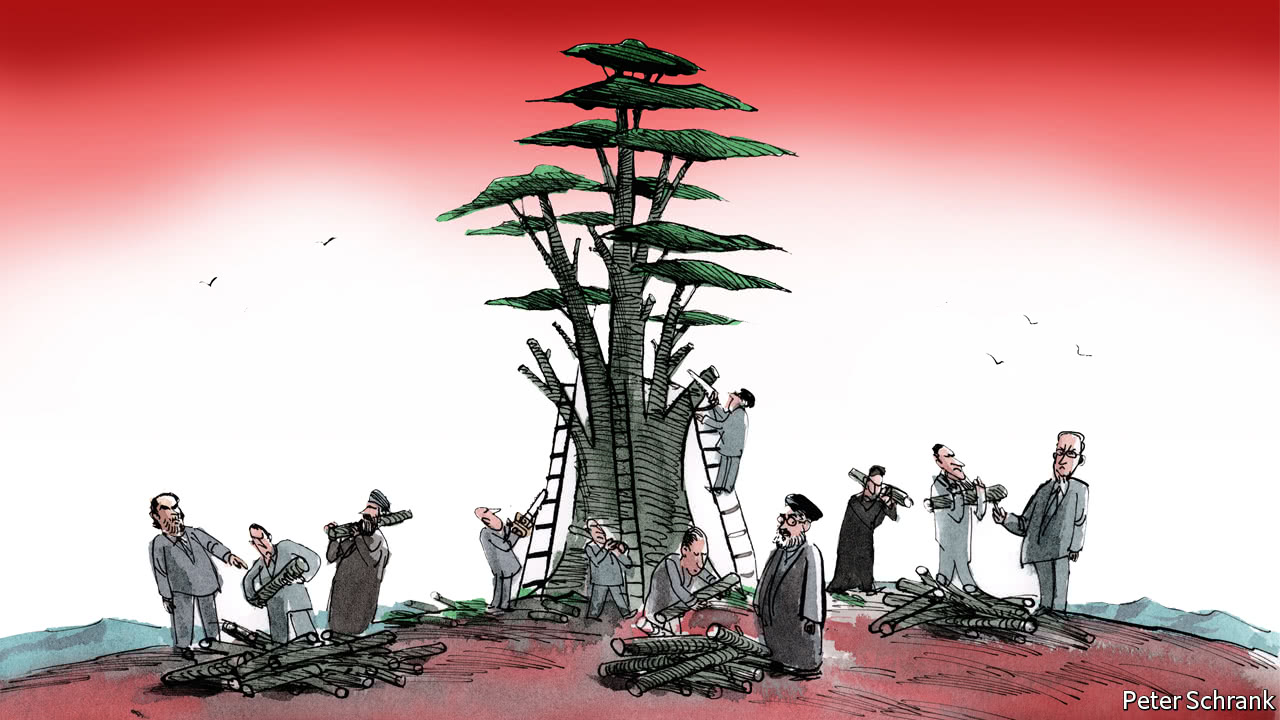 Lebanon’s political system breads corruption which led to the paralysis of the economy . This cartoon by Peter Schrank shows how each sect in Lebanon tried to cut a branch of the famous cedar tree but none thought about planting one
Share:

The International Monetary Fund said on Friday it would remain “closely engaged” with Lebanon’s authorities to help the crisis-ravaged country formulate an economic reform programme.

Lebanon’s financial system unravelled in late 2019 under the weight of huge public debts, slicing more than 90% off the local currency’s value and plunging a majority of the population into poverty.

At the end of more than two weeks of online discussions with local officials, the IMF said the country was facing an “unprecedented and complex” crisis that required a comprehensive economic and financial reform programme.

“The team will remain closely engaged, and discussions are continuing,” it said in a statement.

Lebanon’s Prime Minister Najib Mikati on Thursday described trying to agree a plan to extricate the country from its economic collapse – which includes a $70 billion black hole in the banking system created by previous governments’ overspending – as a “Kamikaze operation”.

“Progress was made during the mission in agreeing on the necessary reform areas, and more work is needed to translate them into concrete policies,” the IMF’s statement said.

“Obtaining broad-based buy-in for this multi-year (reform) programme will be fundamental for its timely and decisive implementation.”