Bahaa Hariri pledges to rescue Lebanon from the abyss, describes Hezbollah as “terrorist” 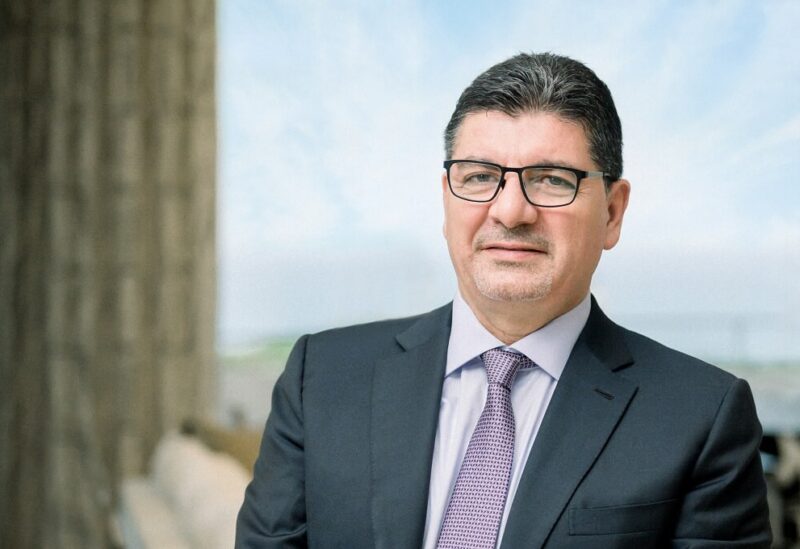 Lebanese businessman Bahaa Hariri pledged to follow in his father’s footsteps in order to rescue Lebanon from the abyss , describing the Iranian backed Hezbollah as a terrorist organization that sent Lebanon and the Lebanese people to the abyss
Share:

Beirut- The eldest son of slain former Prime minister Rafik Hariri, Businessman Bahaa Hariri pledged to follow in his father’s footsteps in order to to rescue Lebanon from the abyss , describing the Iranian backed Hezbollah as a terrorist organization that sent Lebanon and the Lebanese people to the abyss

In an interview with al Hurra TV channel , Hariri revealed his political project and preparations for the next stage in Lebanon

In response to a question about his younger brother former PM Saad Hariri , he said : “Saad is my brother and I love him”

However, Hariri revealed that his dispute with his brother is substantial in terms of strategizing and vision about how to move forward,” adding that “the issue is no longer between him and Saad, because the latter left political life,” and said: “The vehicle is moving forward, not backward.”

Bahaa Hariri described “Hezbollah” as a “terrorist,” organization noting that “in the time of ( former PM) Rafik Hariri, Lebanon was under the guardianship of Syrian legitimacy, which was approved by the international and regional community. “.

He added, “This group took an entire people to hell and when we were under guardianship we were able to win, so why can’t we now?”
He added : I will continue in my father’s footsteps to rescue the country from the abyss .

On February 14, 2005, former Prime Minister of Lebanon Rafic Hariri was killed along with 21 others in an explosion in Beirut, Lebanon. Explosives equivalent to around 1,000 kilograms (2,200 pounds) of TNT were detonated as his motorcade drove near the St. George Hotel. Among the dead were several of Hariri’s bodyguards and former Minister of the Economy, Bassel Fleihan.

On August 2020, judges at the Special Tribunal for Lebanon found Salim Ayyash, a mid-level operative in Hezbollah, guilty in absentia of five charges including the intentional murder of Hariri with premeditation by using explosive materials.

Regarding the policy that he will pursue to deal with Hezbollah’s conditions and pressures, he said: “For us, elections are the key ,” describing “the quadripartite alliance that took place after the assassination of his father as political infidelity,” and added: “We will not deal with Hezbollah, nor will we cooperate with Hezbollah.” “.

Hariri denied that there was any contact with the “Amal movement”, stressing that the organization does not representing Shiite moderation

He revealed that “communication is taking place with Shiite moderates ,” pointing out that there are enormous elements in the Shiite community that believe in moderation and not the path that led to this disaster.

He dismissed the rumors about his deal with the Turks, he replied: “ We have proven where we are heading in the last 18 months. We spoke with Al-Hurra, Al-Sharq Al-Awsat, Al-Arabiya, and Kuwaiti newspapers. I do not recall that I ever spoke to a Turkish newspaper, and I never ever visited Turkey , and I have no work there, nor any direct or indirect contact with this country.”

Turkey being a Sunni country is gaining influence with the Sunnis of North Lebanon , according to media report, but Bahaa Hariri hails from Sidon , south Lebanon and Hariri’s strength would be in Beirut and the predominately Sunni districts south and east of Beirut

Regarding his political project, he said: “It is the implementation of the Taif Agreement, in which religion is separated from the executive and legislative authority, the creation of a Senate that gives powers to minorities, the implementation of administrative decentralization, the independence of the judiciary and the fight against corruption through an independent judiciary.”

Hariri said that “during the era of ( president ) Michel Aoun, we witnessed a complete Lebanese collapse and we saw complete international and Arab isolation of Lebanon,” and added: “We have started voting in the Arab League against our Arab brothers, and this never happened in Lebanon’s history, so we consider that the Aoun’s administration is responsible for these mistakes and it has to bear the responsibility.”

Hariri is hopeful of dealing and communication with with all components that continue to respect the principles of March 14, adding: “But whoever departed from values ​​and bargained in this system and turned a blind eye to weapons and corruption, we hold him responsible for the catastrophe that Lebanon has reached.”

As for the economic issue, Hariri talked about 4 pillars: the banking sector, the tourism sector, medical care and education, in addition to the issue of the Lebanese abroad, who constitute an essential part of Lebanon as a free economy.

Concerning the Sunni sect and what is reported of frustration in its ranks, he said: “The cracking or disintegration of the Sunni sect is a red line, and we will not be satisfied unless it takes its full right within the Lebanese equation and does not compromise its rights, at the same time our cross-sectarian project, our project is moderation.”

In response to a question about his relationship with the Kingdom of Saudi Arabia and the Arab Gulf countries he said” We have excellent relations, as far as I know they never did me any harm and they won’t in the future , stressing that “Lebanon must reform its relations with the Gulf and the international community.”

And about the reason for not coming to Lebanon, he said: “It is purely security, and if I was given a security guarantee to go , I would go to Lebanon today.”

And whether his security Wass threatened , he replied: “All the evidence of our allies and friends in the security field points to that “

Source : Translated from a Lebanon24 article in Arabic