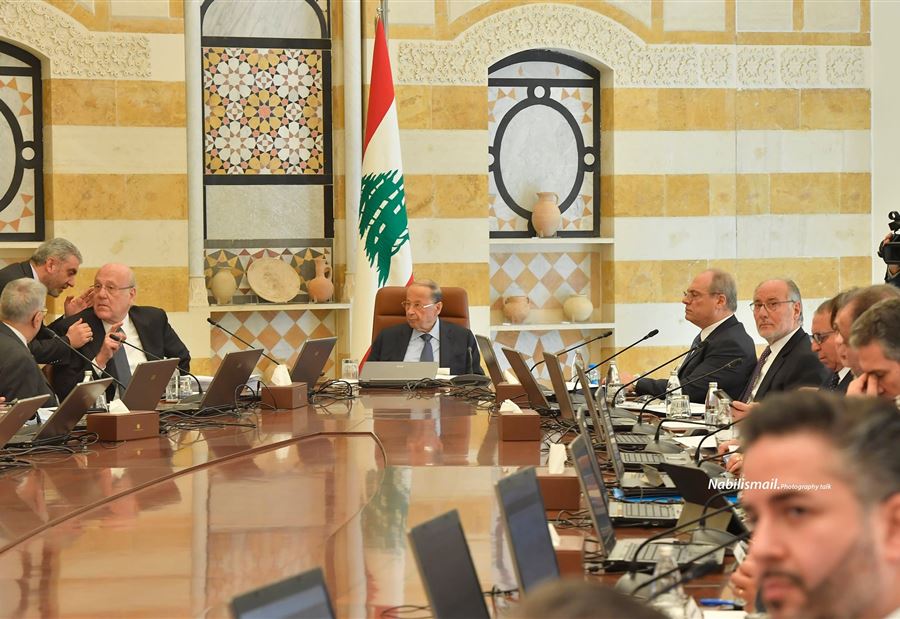 BEIRUT — Lebanon’s government approved Thursday the state budget for the current year, with a 17% deficit, the prime minister said. He described the development as a first step in reforms desperately needed in the crisis-hit country.

The budget will now be sent to parliament for discussion and once lawmakers approve, it will go into effect. A two-day parliament session on the budget has been scheduled for Feb. 21.

For more than two years, Lebanon has been undergoing its worst economic crisis and the newly appointed government has done little to stem the meltdown. Talks with the International Monetary Fund have failed to make progress amid deep disagreements between the government, the central bank and the banking sector.

Prime Minister Najib Mikati told reporters after a Cabinet meeting Thursday that the budget projects spending of 47 trillion Lebanese pounds (about $2.24 billion, according to the exchange rate on the parallel market in Lebanon), while revenues stand at 39 trillion pounds ($1.86 billion), with a deficit of about 17%.

The government has been meeting almost daily since late January to discuss the budget.

It was not clear what exchange rate will be used as the official rate still stands at 1,500 Lebanese pounds to the dollar while the price on the parallel market has reached more than 21,000 pounds to the dollar. Several other rates are used for bank withdrawals amid harsh informal capital controls that deprived people of access to their savings.

Critics say that the government deficit will be covered by printing money. That would lead the Lebanese pound, which has lost more than 90% of its value over the past two years, to lose even more value in the coming months.

In what appears to be a move to boost budget figures, the government removed a 5 trillion Lebanese pound loan to the country’s corruption-plagued electricity company from the budget. The electricity sector, where $40 billion were wasted over the past decades, is still widely dysfunctional with power cuts reaching 22 hours a day.

Mikati said the government will meet Tuesday on the electricity sector. With the pound crashing repeatedly since the crisis began in October 2019 with nationwide protests against the country’s political class blamed for corruption, Mikati’s administration appears likely to hike prices of services.

“We cannot continue to give electricity for free, or telephone calls for free or water for free,” Mikati said. “We wish we could do that.”

He added that after the budget is approved, the government will focus on an economic recovery plan for Lebanon.

Mikati stressed that medicine, foodstuffs, coffee and tea will be exempted from any customs fees.
“There will be no direct taxes on citizens, but rather fees in return for services.

Headed that the fees of the so-called “customs dollar” plan will only be enforced when the state budget gets approved by the parliament, adding that the exchange rate that will be used will be according to the Sayrafa platform and “will be announced monthly by the Finance Minister.” In other words the cabinet did not agree on any new official exchange rate

“There will be no direct taxes on citizens, but rather fees in return for services. The fee of issuing a criminal record has become LBP 15,000 and these are reasonable increases due to the hike in the prices of paper and other things,” Miqati went on to say.

A draft of the plan to plug a huge hole in the financial system, seen by Reuters last month, forsees returning just $25 billion out of a total $104 billion in hard currency deposits to savers in U.S. dollars.

Most of what’s left would be converted to Lebanese pounds at several exchange rates, including one that would wipe out 75% of the value of some deposits. It estimates losses in the financial sector at $69 billion and sets a 15-year timeframe for paying back all depositors.

Lebanon’s banking association on Monday rejected a draft government plan for tackling the country’s financial crisis and the haircut on savers, saying it would cause a long loss of confidence in the financial sector.

Commenting on the budget MP Cesar Al-Maalouf wrote on Twitter: “When the government leads the people to poverty, hunger and destruction , the revolution of the hungry becomes a national duty to bring down a ruthless government of wolves