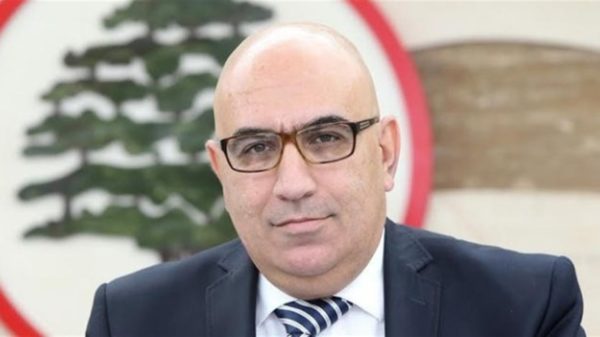 Charles Jabbour, Lebanese Forces Party’s , top media official criticized Hezbollah during an interview on Al jaded TV , describing the party’s doctrine as “a metaphor that belongs to the stone ages.”

After the criticism of Hezbollah he was bombarded with threats by Hezbollah supporters and top Hezbollah clerics and officials included statements by tribes in Baalbeck , threatening to kill him

Following the attacks by Hezbollah supporters Jabbour confirmed in a tweet via his Twitter account that “so that my words will not be misinterpreted, the “clouding creed” that I spoke of has nothing to do with any religious dimension. I respect all Religions, pointing out that the word “Tajlita” that he used was to drescribe the past political doctrine of “Hezbollah”, which has no limits to my disagreement with it due to its lack of belief in borders, constitution, life and a person who wants to live in peace.

The fierce campaign against Jabbour reached the point of threatening by “ clans and families of Baalbek” to shed Jabbour’s blood for “harming the Shiite Muslims if he was not arrested.”

During his interview he said ” The title of the next stage should be confronting Hezbollah, and any assassination or Security event the party bears its responsibility,

This threat and intimidation by the “party” on Jabbour, prompted a large number of citizens to defend him and hold “Hezbollah” responsible for any harm that he may be subjected to specially since he especially since he clarified his position.

The Journalists for Freedom association condemned “The statement that was distributed in the name of the Baalbek clans, which was threatening journalist Charles Jabbour, following a position he announced in one of the TV interviews, specially since he clarified his position and apologizing for what was misunderstood.”

The association warned against any harm to Jabbour, and stressed that any objection to what he said should be handled by the judiciary, not by threat and intimidation.

The association added: “The campaign against , Charles Jabbour, hides within it a settling of scores in politics, and it is part of a systematic bullying campaign against our society, including media professionals, employees and businessmen, with the aim of intimidation and exclusion.”