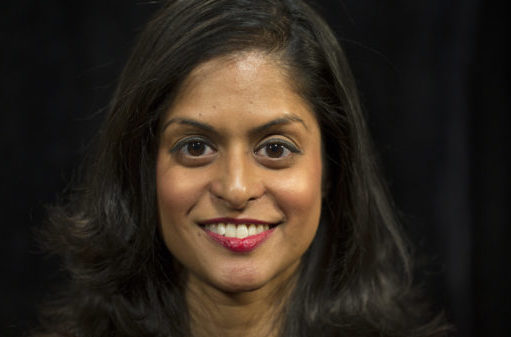 President Joe Biden on Wednesday announced the nomination of Nusrat Jahan Choudhury, the legal director of the American Civil Liberties Union of Illinois to serve as a federal judge. She o would be the first Muslim woman to serve in this position.
Share:

President Joe Biden on Wednesday announced eight judicial nominees, including Nusrat Jahan Choudhury who would be the first Muslim woman to serve as a federal judge.

Choudhury, currently the legal director of the American Civil Liberties Union of Illinois, has been tapped to be a U.S. judge in the Eastern District of New York.

“Nusrat Choudhury’s nomination to the federal bench is historic — as the first Bangladeshi American and first Muslim woman to serve on the federal bench and the second Muslim American,” ACLU of Illinois Executive Director Colleen Connell said in a statement.

“During her tenure as legal director in Illinois, she has among other things led our legal team in efforts to improve policing in Chicago, protect medically-vulnerable persons detained on immigration charges during the COVID pandemic in Illinois county jails, and challenged unfair practices that drive Chicago residents into bankruptcy to pay fines and fees,” Connell added.

Connell said it is the ACLU’s policy to neither endorse nor oppose judicial nominees, but pointed to its “proud tradition” of advocates who later take up judicial positions.

Choudhury’s nomination was announced alongside seven additional nominees, including that of Philadelphia public defender Arianna Freeman, who, if confirmed, would be the first Black woman to serve on the 3rd U.S. Circuit Court of Appeals.

The White House said that the nominees reflect Biden’s commitment to diversifying historically white, male-dominated positions. This sort of diversity in the legal field — racial, gender and in career experience — is important to ensuring fair outcomes in the court system, legal scholars say.

As of year-end, Biden had gotten 40 new judges through the Senate confirmation process. Including the first openly LGBTQ woman to sit on a federal appeals court, Beth Robinson of Vermont, and the first Muslim American to be a judge, Zahid Quraishi of New Jersey.

But in the deeply polarized Senate, especially as midterm elections paint an unclear future for Democrats’ tenuous control of the chamber, the president could have a much harder time pushing through future nominees to the bench.