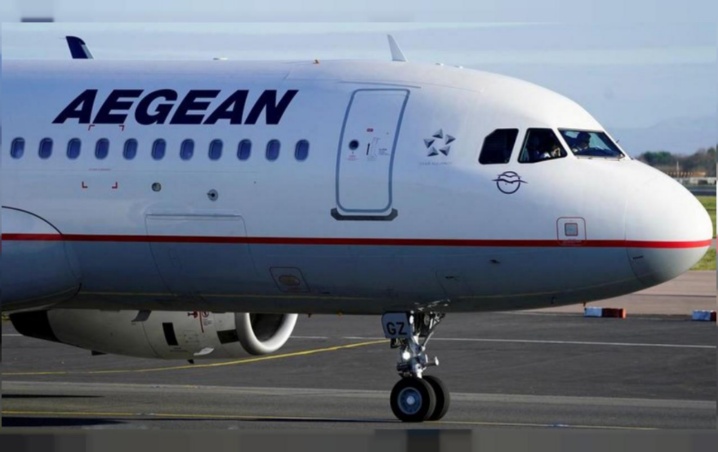 Aegean Airlines has suspended its flights to and from Lebanon’s capital Beirut pending an investigation into the causes of damage to the fuselage
Share:

Greece’s dominant Aegean Airlines said Saturday it has suspended its flights to and from Lebanon’s capital pending an investigation into the causes of damage to the fuselage of one of its aircraft discovered after it landed in Beirut.

The damage to the external fuselage of one of its aircraft was identified by ground staff after landing on Monday in Beirut International airport, the airline said. It didn’t identify the extent or type of damage and said the suspension of flights was announced the following day after informing authorities in both countries.

Reports on social media, which were picked up by Lebanese media, suggested the aircraft may have been hit by flying bullets. Lebanese officials, including the minister of Public Works and Transport, vehemently denied gunfire was the cause of the damage.

Beirut airport is in a busy residential area near a Hezbollah’s Dhahieh stronghold south of the the capital, where celebratory gunfire is not uncommon.

Ali Hamie, the Lebanese minister who represents the Iranian backed Hezbollah militant group in the cabinet , shared on his official Twitter account an email exchanged among Lebanese officials saying the hole in the left rear cockpit window was examined and it was determined that a bullet was not the cause of the damage. The examiners suggested the damage may have been caused by ground equipment before arriving in Beirut.

The Greek airline said restarting flights will be announced in the coming weeks.

Other planes were hit by gunfire over Beirut airport

A report on the investigation revealed , in a statement, that the ground crew at Beirut International Airport discovered external damage to the fuselage of the plane, which took off from Athens, on January 10, which prompted the airline, the next day, to suspend all Flights to and from Beirut.

And a Lebanese website had previously published a report claiming that two or three female pilots were shot by gunfire during flights over Beirut airport.