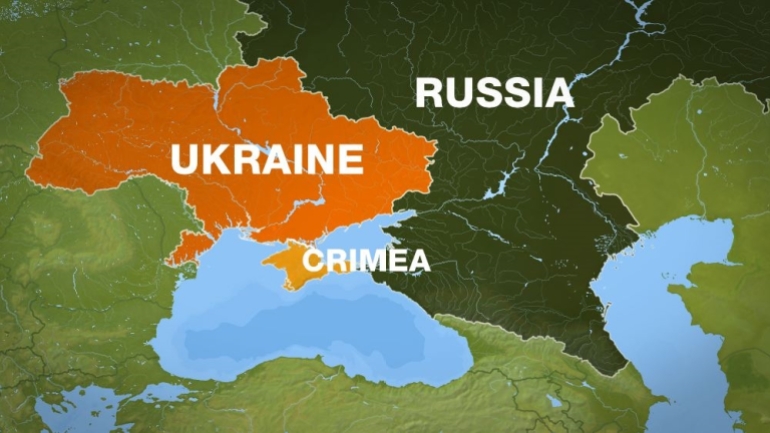 The decisive moment as to whether diplomacy will prevail will soon arrive, as talks aimed are resolving the Russian Ukraine crisis stall
Share:

The United States and Russia are still worlds apart following their first rounds of discussions geared toward de-escalating the burgeoning crisis that has emerged on Ukraine’s eastern border.

With no clear path to resolution and daily developments dragging the situation in Eastern Europe to the brink of conflict, officials from both sides have expressed to Newsweek that the decisive moment as to whether diplomacy will prevail will soon arrive.

“The coming days will provide a better indication of whether Russia is genuinely interested in diplomacy, if they are prepared to negotiate seriously in good faith, or whether they will use discussions as a pretext to claim that diplomacy couldn’t address their interests,” a State Department spokesperson told Newsweek following the series of talks in Europe this past week among representatives of the U.S., its NATO military alliance and Russia.

“We expect the Russian delegation will report back to President Putin after this week as they decide whether they want to engage seriously in these discussions or not,” the spokesperson said.

“We are hopeful these talks will continue, but if Russia steps away from the table, it will become clear that they were never willing to engage,” the spokesperson added. “Throughout it all, we will closely coordinate with our Allies and partners, which will continue in the days and weeks ahead.”

Anatoly Antonov,Russia’s ambassador to the U.S., shared his own assessment of the outcomes of the dialogue thus far.

“It must be admitted that the discussions held last week with the United States and NATO have not yet yielded any significant results,” Antonov told Newsweek. “We expect written responses from Washington and Brussels to our draft agreements. Based on them, we will make a decision on the advisability of further joint work. We are also ready to discuss counter proposals.”

The Russian envoy said that the main topic of the talks “was to preserve peace and stability in Europe by working out security guarantees on the basis of draft agreements proposed by Moscow.”

The drafts came in the form of two proposed treaties sent to the U.S. and NATO, both of which scoffed at some of the Russian demands, such as a halt to the U.S.-led coalition’s eastward expansion.

But Moscow sees this point and others as critical to achieving a lasting security consensus on the continent three decades after the end of the Cold War.

“After the collapse of the USSR, the security situation in Europe deteriorated sharply,” Antonov said. “Five ‘waves’ of NATO expansion have brought the Alliance States forces closer to our borders. The continuing advance of the North Atlantic bloc to the east is one of the main threats to Russia’s national security.”

“As the bloc approaches our border proper, the flight time of NATO air and missile weapons to Moscow, St. Petersburg and other cities in the European part of the country is reduced,” he added. “How would the U.S. Government react if Washington, New York or Los Angeles were ‘under the bombsight’?”

Geography has helped shield the U.S. from finding itself in the crosshairs of all but an intercontinental ballistic missile (ICBM) strike that would almost certainly bring with it doomsday-inducing nuclear devastation. Shorter-range missiles have not effectively threatened the U.S. mainland since the Cuban Missile Crisis that played out in the Caribbean six decades ago.

But comparisons are being made once again to that fateful flashpoint. Just last month, Russian Deputy Foreign Minister Sergey Ryabkov evoked the events of October 1962 alongside the standoff in Ukraine, warning, “if comrades on the other side fail to understand us and keep doing what they are doing, we might wake up at some point to see something similar, if that’s what further developments will suggest.”

Since then, the situation has only deteriorated further.

Ryabkov on Thursday did not rule out a modern Russian military deployment to Cuba and Venezuela. Again, he said it “all depends on the action by our U.S. counterparts.”

What’s more, the mid-range missiles that were banned for decades under the 1987 Intermediate-range Nuclear Forces (INF) Treaty are set to make a comeback as a result of former President Donald Trump scrapping the deal in 2020. Both sides accused one another of violating the treaty, and now the reemergence of such weapons in Eastern Europe threatens an even more serious conflagration if shots are fired.

NATO, for its part, has rejected the depiction that its own posture in Eastern Europe posed a threat to Russia. NATO officials consistently define the bloc as a “defensive alliance,” one with no intention of waging war but rather preventing one.

NATO’s Article 5 collective defense clause has been invoked only once in the alliance’s half-century history, in response to the 9/11 attacks. NATO has conducted combat operations, including in Libya in 2011 and even earlier in Eastern Europe itself during the wars in the former Yugoslavia in the late 1990s, but has never moved against Russia, nor has it issued any public indications of plans to do so.

But Russia sees it differently.