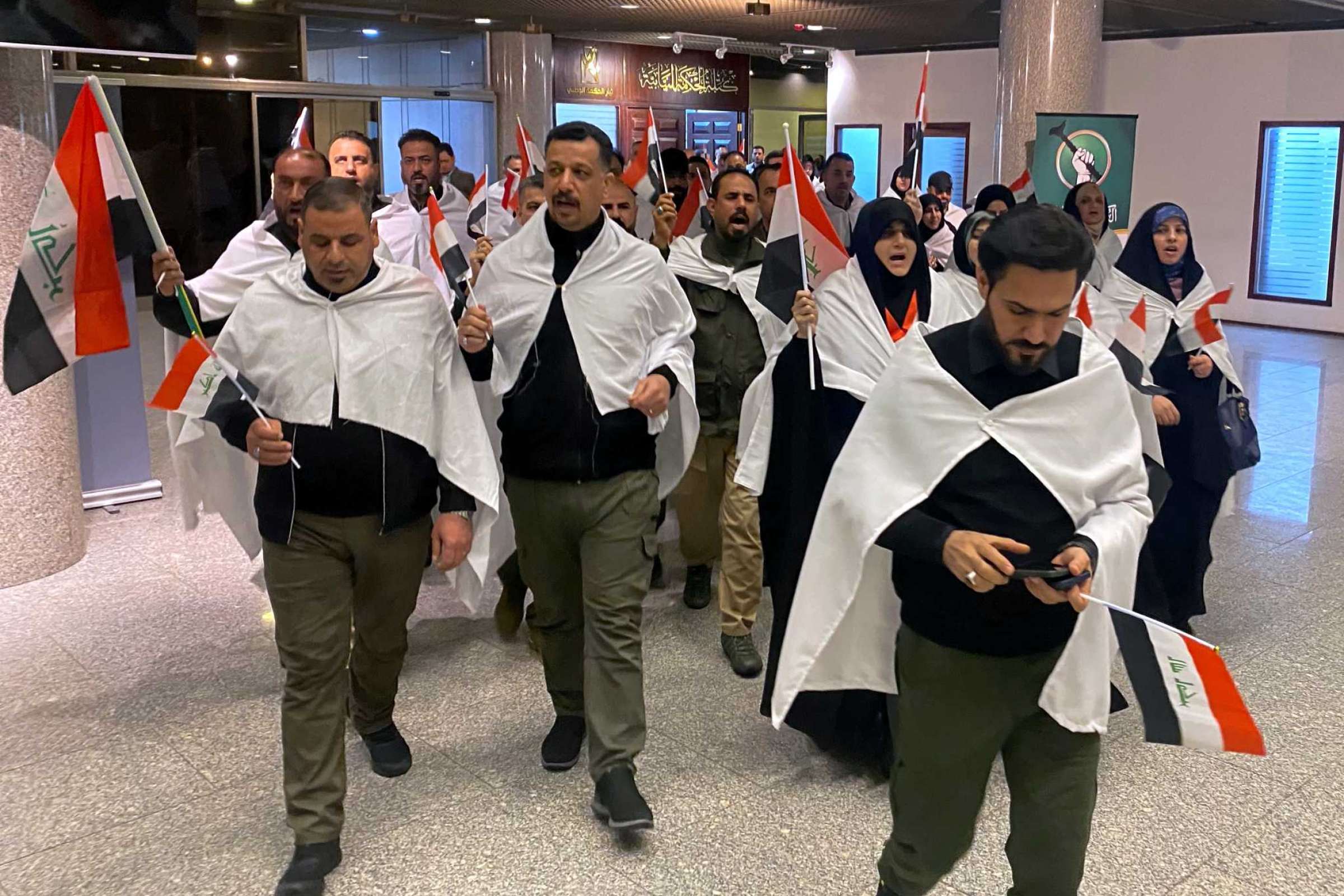 Newly elected lawmakers from the Sadr political bloc ​prepare to attend the first parliament session, in Baghdad, Iraq, Sunday, Jan. 9, 2022. Iraq’s newly-elected parliament is expected to hold its first session on Sunday, nearly three months after Iraqis went to the polls in a national vote whose results have been contested by powerful Iran-backed factions. But Iraq’s parliament failed to elect a speaker, in what should have been the first step toward forming a new government.Ali Abdul Hassan/AP
Share:

Jan 9 (Reuters) – Iraq’s parliament held its first session since October’s national election on Sunday but failed to elect a speaker, in what should have been the first step toward forming a new government.

The speaker selection process was disrupted as competing political blocs each claimed to hold a parliamentary majority. After heated debates and shouting among lawmakers, the temporary leader of the assembly, Mahmoud al-Mashahadani, decided to adjourn the session and it is not known when parliament will resume.

In a further complication, Mashahadani, who at 73 is the oldest member of parliament, was suddenly taken ill and transported to hospital by ambulance. A new temporary speaker will need to be appointed before parliament can resume, parliament’s media office said. It did not give further details about Mashahadani’s condition except to say that his blood pressure was being checked.

Parliament had been due to elect a speaker and two deputies during its first meeting.

Parliament also has 30 days from the first session to elect the country’s new president, who will then ask the largest bloc in parliament to form a government.

Iraq’s influential Shiite cleric Muqtada al-Sadr on Saturday again denounced the prevalence of militias in the country and called for a united government ahead of the new parliament’s first session.

“Today, there is no place for sectarianism and no room for racism,” reads a statement from Sadr, whose political bloc won 73 seats and wants to name the new PM of Iraq

“There is no place for militias, for everyone will support the army, and police, and security forces,” the cleric, who himself founded the active militia Saraya al-Salam, added without naming the Iranian backed Popular Mobilization Forces organization which is composed of approximately 50 different armed factions, with around 122,000 fighters that are mostly Shiite Muslims