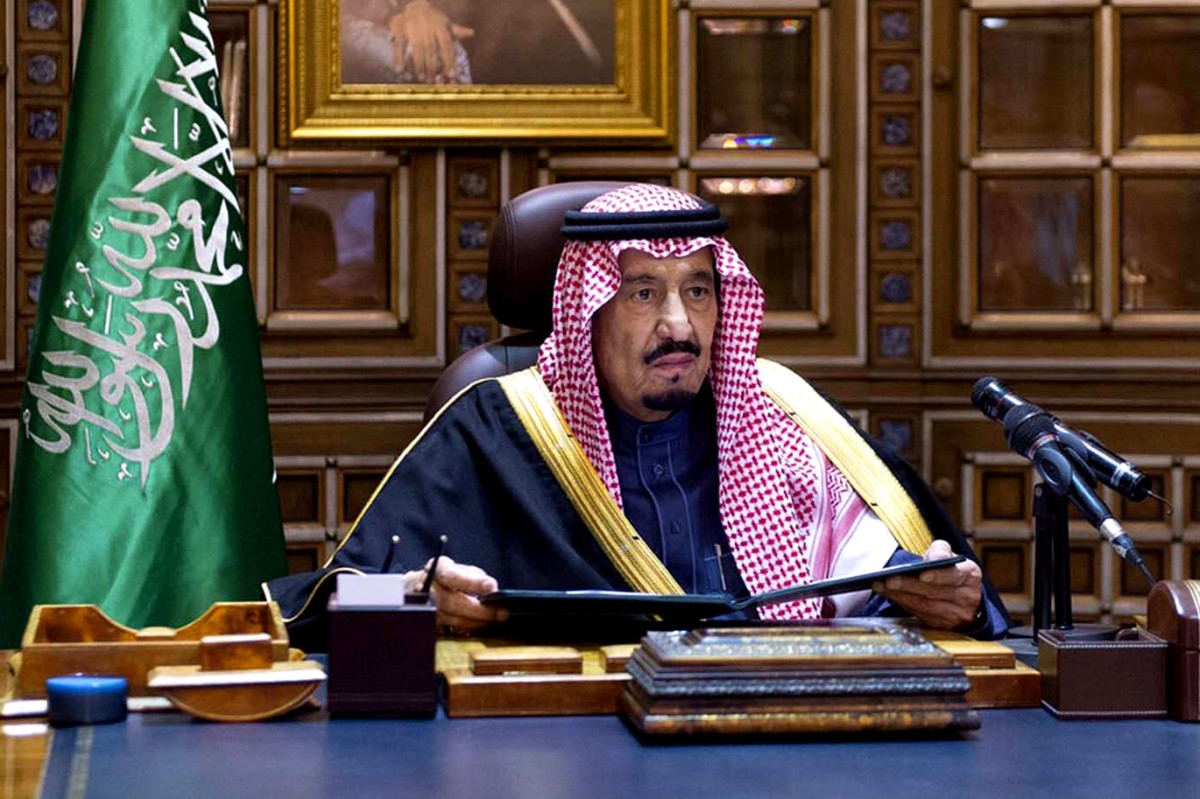 FILE PHOTO: Saudi Arabia’s King Salman called on Iran on Thursday to end its ” destabilizing policy ” in the region and urged all Lebanese leaders to stop Hezbollah’s terrorist hegemony over the structures of the state ”
Share:

“The Kingdom … urges all Lebanese leaders to prioritise the interests of their people … and stop Hezbollah’s terrorist hegemony over the structures of the state,” King Salman said.

Addressing the Shura Council, the top government advisory body, virtually for the second year in a row, King Salman said: “We hope (Iran) changes its policy and negative behaviour in the region, and it heads towards dialogue and cooperation,” he said, according to the official statement released by SPA.

“We are following with great concern the Iranian regime’s destabilising policy to security and safety in the region,” he added.

Riyadh and Tehran have been bitter foes for decades, taking opposing sides in a range of regional conflicts, including in Yemen where Saudi Arabia leads a military coalition against Iran-backed Houthi rebels in defence of the internationally recognised Yemeni government.

The Saudi and Iranian sides have held several rounds of talks since April aimed at improving relations.

King Salman accused Iran of “establishing and supporting” sectarian and armed proxies in the region.

“We are also following the Iranian regime’s support of the terrorist Houthi militia, which is prolonging the war in Yemen and exacerbating the humanitarian situation there, as well as threatening the security of the kingdom,” he said.

Yemen has been wracked by civil war since 2014 after the Houthis tried to seize power. The Iranian backed militias control much of the country’s north, including the capital Sana’a.

Tens of thousands of people have been killed in what the United Nations describes as the world’s worst humanitarian crisis, with over 80 percent of Yemen’s population dependent on aid.

The coalition on Sunday accused Iran and Lebanon’s Hezbollah group of helping the Houthis launch missiles and drones at Saudi Arabia, where two people were killed last week.

Riyadh has accused Tehran of supplying the Houthis with sophisticated weapons and its Lebanese Hezbollah proxy of training the insurgents.

He also reiterated Saudi support for Lebanon while calling for an end to Hezbollah’s domination there.  “The Kingdom also stands by the brotherly Lebanese people, and urges all Lebanese leaders to prioritise the interests of their people … and stop Hezbollah’s terrorist hegemony over the structures of the state,” King Salman said.

On oil, the Saudi king said Riyadh was “keen to keep the OPEC+ agreement working due to its essential role in stabilising oil markets”, stressing the importance of all participating countries’ commitment to the deal.

The Organisation of Petroleum Exporting Countries (OPEC) and allied producers agreed this month to stick to planned increases in output in January, despite the economic uncertainties linked to the Omicron coronavirus variant.