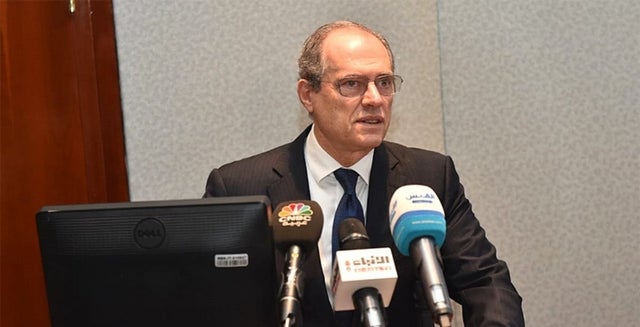 File photo of deputy Prime Minister Saadeh al-Shami the architect of the country’s financial recovery roadmap, said he didn’t agree with the version of the banking secrecy bill passed on Tuesday.
Share:

BEIRUT, Dec 14 (Reuters) – Lebanese officials have agreed that losses in the country’s financial sector amount to between $68 billion and $69 billion, Deputy Prime Minister Saadeh al-Shami told Reuters but cautioned that the figure was based on some assumptions that could change.

Agreement on the loss figure is seen as a crucial first step for Lebanon’s government as it seeks to negotiate an International Monetary Fund (IMF) support programme.

Shami said the figures were based on “some assumptions” and “If these assumptions change the size of the losses changes as well.”

He declined to elaborate further.

Disagreements over the scale of losses between Lebanon’s central bank, commercial banks and government had last year led to a breakdown in negotiations to secure an IMF programme, seen as key to begin lifting Lebanon out of its worst crisis since the 1975-90 civil war.

The $68 billion to $69 billion figure is the same gross figure presented by the government then.

Prime Minister Najib Mikati has said he is seeking to sign a memorandum of understanding with the IMF by the end of the year.