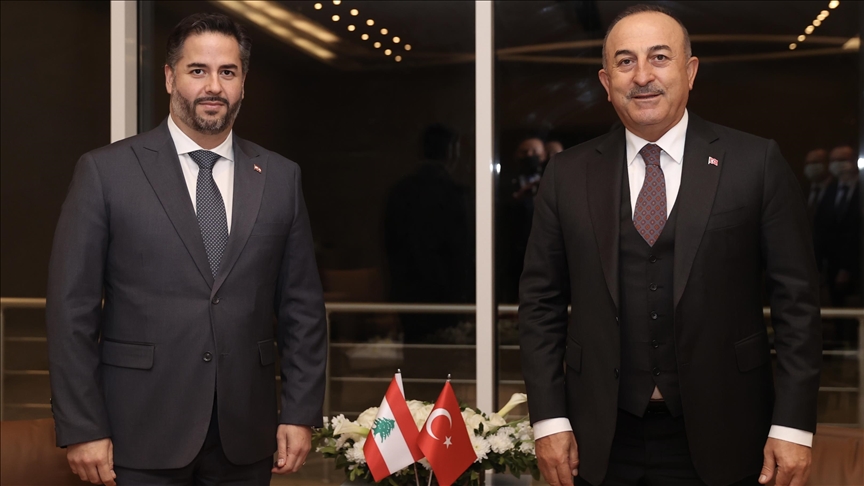 Beirut , Lebanon- Turkey will continue its steadfast support for Lebanon’s economic stability, the nation’s foreign minister said on a visit to the capital Beirut on Monday.

Paying an official visit to Lebanon to meet with the new government, Mevlut Cavusoglu said on Twitter that his first talks in the country were with Amin Salam, the economy and trade minister.

“Our support to the economic stability of Lebanon will continue,” he added.

After talks with his Lebanese counterpart, Cavusoglu is also scheduled to be received by the country’s president, parliament speaker, and prime minister to discuss steps to enhance Ankara’s relations with Beirut, along with regional and international developments, according to Turkey’s Foreign Ministry.

On 10 September, a new Lebanese government was announced, 13 months after the government of Hassan Diab resigned following the August 2020 horrific blast at the Port of Beirut.

Since late 2019, Lebanon has been grappling with severe domestic challenges, including a currency collapse against the dollar, along with shortages of fuel and medicines.

The Turkish Foreign Minister arrived from Tehran where he met several official including the Iranian president and his counterpart .

While in Tehran , Cavusoglu criticized sanctions on Iran and said “all parties should take the necessary steps” to revitalize the agreement, Turkey’s official Anadolu Agency reported.

Iran and Turkey have unusual relations — sometimes acting as allies, other times as rivals. Turkey viewed president Raisi’s election in June as an opportunity to strengthen relations. This was in part due to a calculation in Ankara that Iran would remain isolated by the West under hard-liner Raisi. In October, Turkish authorities busted an Iranian spy ring in Turkey, which strained relations. The two countries also compete for influence in northern Iraq. Iran-Turkey relations also grew tense last year during the war between Armenia and Azerbaijan in the Nagorno-Karabakh region.