A stain upon Israel 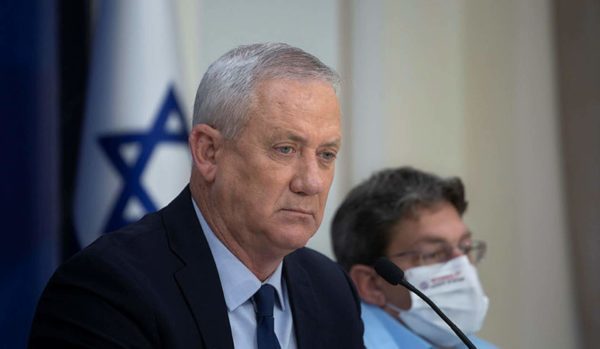 The government’s declaration of civil society organizations in the West Bank as terrorist organizations is a destructive folly that tarnishes all of the parties in the coalition and the state itself. The outlawing of human rights groups and persecution of humanitarian activists are quintessential characteristics of military regimes, in which democracy in its deepest sense is a dead letter.

Al-Haq which documents violations of Palestinian human rights in the occupied territories. The Palestine branch of Defense for Children International monitors the killing of children and the wellbeing of children imprisoned in Israel.

The Union of Agricultural Work Committees aids Palestinian farmers, mainly in Area C of the West Bank, which under the Oslo Accords is under full Israeli control. Also included are the Union of Palestinian Women’s Committees and the Bisan Center for Research & Development. The intention is clear: Israel will fight these organizations as it fights terror.

From now on, there is no distinction between those waging a violent struggle against the state and hurting innocent civilians, on one hand, and on the other hand lawyers in human rights organizations who give prisoners legal aid or leftist activists in organizations that oppose torture, protect women and children and their rights or document human rights violation in the territories. Now, anyone affiliated with such an organization is akin to a terrorist.

There is a straight line from defining the nonviolent struggle against the occupation as “diplomatic terror” and designating human rights groups as terrorist organizations. The literal meaning is clear: All resistance to the occupation is terror. Israel is undermining the distinction between legitimate and illegitimate struggle.

This is a boon to terrorist organizations and the use of violence. If all forms of resistance constitute terror, how can one resist the occupation without being a terrorist? It’s not clear what Gantz was thinking when he signed the order.

Is he, like Interior Minister Ayelet Shaked, flirting with an imaginary right-wing electorate, dreaming of the day he’ll be crowned to lead the right after Benjamin Netanyahu? Is it an attempt to counterbalance his meeting with Palestinian President Mahmoud Abbas, which gave him a leftist taint?

In any case, it’s indicative of complete confusion, which positions the so-called ‘change government’ in the extreme right and turns the participation in it of leftist and centrist parties into a joke.

If this is the change the government is leading and these are its political colors, it’s not clear how its continued defense in the name of a fear of the alternative of another election can be justified. We can only hope that in the absence of internal resistance, the harsh U.S. reprimand and request for clarifications will end this shameful move.

The above article  was originally published in  Haaretz’s lead editorial