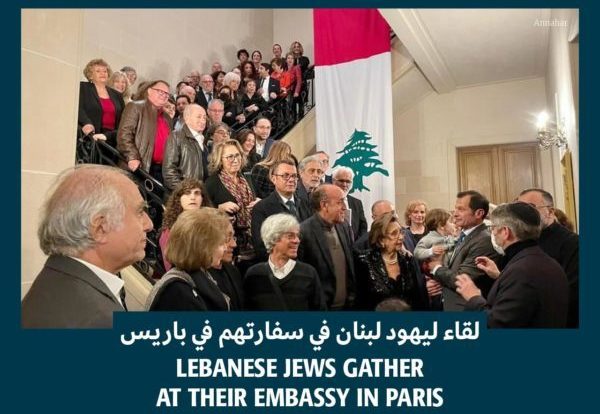 A gathering in honour of the Jewish Lebanese community was hosted by the Lebanese embassy in Paris on 1 November, local media reported.

Four generations of Lebanese Jews who emigrated in separate waves over the past century were in attendance for Monday night’s event at the Lebanese Embassy in Paris, which even served kosher food, according to the An-Nahar Lebanese daily.

“The Jewish Lebanese community’s presence in Lebanon and in the countries where many Lebanese have chosen to live is a source of pride,” Lebanese Ambassador to France Rami Adwan said in the invitation letter.

The planned gathering has been described as “an unprecedented move of Lebanese diplomacy” by Annahar.

The attempt to restore ties with the country’s Jewish community, which mostly settled abroad after the Arab-Israeli war of 1967, aligns with Lebanon‘s broader efforts to woo the Lebanese diaspora

Its 14 million expatriates (compared to 4 million Lebanese citizens inside the country) represent a potential wealth of liquidities for the cash-strapped country.

During the event, one of the Jewish attendees asked Ambassador Rami Adwan why he chose to host the event now after decades in which there had been no outreach from the Lebanese government to its Jewish diaspora.

Jews resided in Lebanon for centuries. Lebanon was the only Arab country whose Jewish population grew after the establishment of Israel in 1948, reaching around 10,000 people. But the community quickly dwindled after that, numbering in the low hundreds in the 1970s, since shrinking to just a few dozen at most today

The state of Lebanon is now in danger, so all of its citizens belonging to different sects must unite to save it,” An-Nahar quoted Adwan as having responded.

Nagi Gergi Zeidan, a historian specializing in Lebanon’s Jewish community, who attended the event told An-Nahar that in hosting the reunion, Adwan was doing what “all Lebanese officials [had previously] failed to do.”

“At this event, I saw the Lebanon that should be, and this… was expressed by Ambassador Adwan in his speech when he stressed the necessity for Lebanese Jews to return to their homeland,” he said.

Adwan stressed that the event was simply for the good of Lebanon and went beyond politics.

In recent years, Lebanon has taken other symbolic steps towards the recognition of its Jewish heritage.

Beirut’s oldest synagogue, the Maghen Abraham, reopened in 2014 during a grand ceremony attended by dignitaries from all sects. The synagogue was badly damaged by the Beirut blast and is in need of funding for restoration.