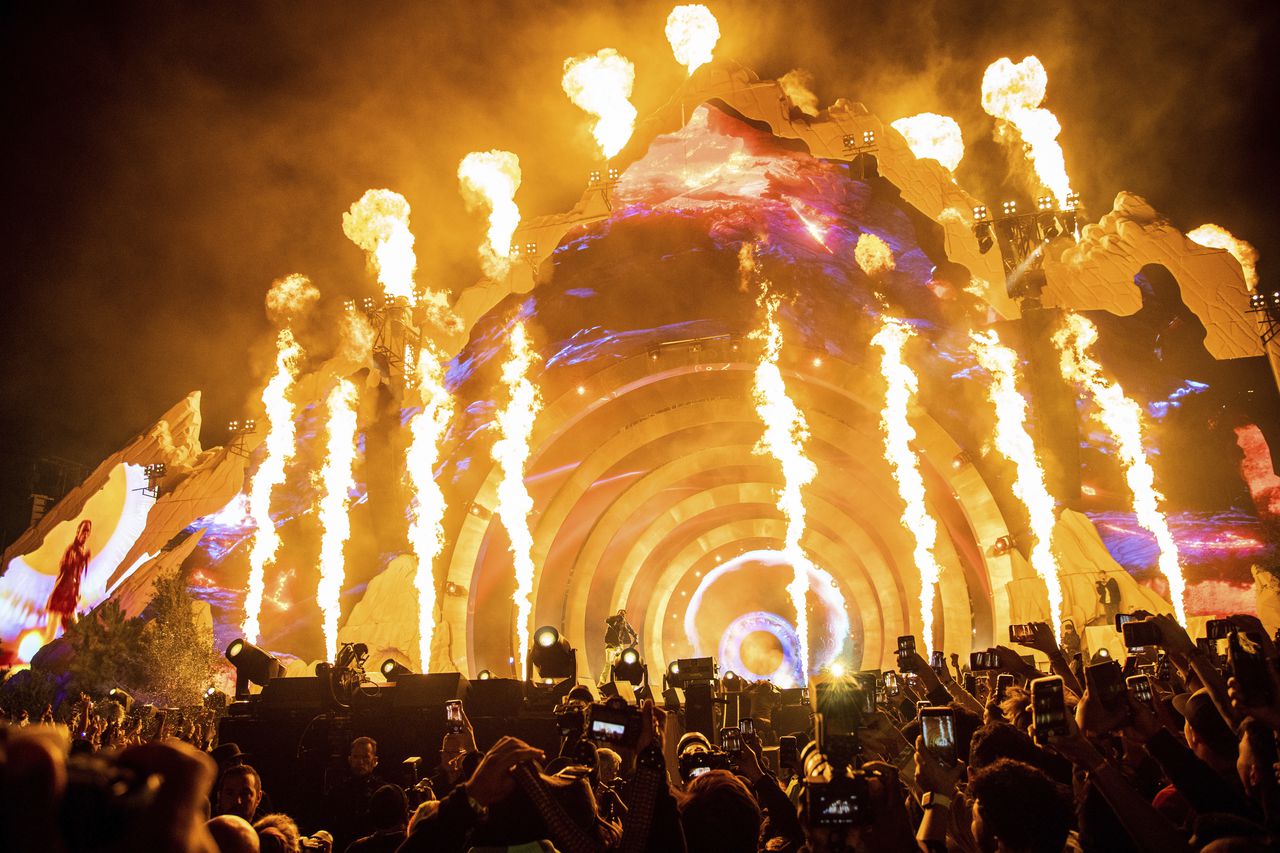 At least eight people are dead after a crowd surge during the sold-out Astroworld music festival in Houston on Friday, the city’s fire chief said.

A further 23 people were transported to the hospital after the crush, and 11 who were taken by ambulance were in cardiac arrest, officials said. They added that more than 300 people were treated throughout the event Friday at an on-site field hospital.

Around 50,000 people were at the event at NRG Park, which was hosted by rapper and producer Travis Scott and kicked off Friday. The festival, which is in its third year, was expected to be a two-day event, but officials said that Saturday’s lineup had been canceled.

Fire Chief Samuel Peña told a news conference early Saturday that “the crowd began to compress toward the front of the stage,” at around 9:15 p.m. local time (10:15 p.m. ET) .

“That caused some panic, and it started causing some injuries, people began to fall out, become unconscious, and it created additional panic,” he said, adding that a cause of death was not yet known for the eight victims but would be determined.

“It was scary, like genuinely,” one concertgoer, Alleighya Odom, 21, told NBC News, adding that the tightly packed crowd “was like this force on my back, this continuous force.”

Odom, who has been going to Astroworld since 2018, said she moved to a less crowded area because she has a broken ankle and feared injuring it further.

She added that she had not realized the severity of the situation until she saw frantic messages from her mother asking if she was safe.

Scott had stopped the show multiple times to request assistance for fans, she added.

Footage posted on social media also showed the rapper pausing his performance and The Houston Chronicle reported that the artist halted his act a number of times throughout the show after spotting fans in distress near the stage.

Houston Police Department’s Executive Assistant Chief Larry Satterwhite, who was near the front of the concert, told a news conference that the situation had developed quickly.

“It seems like it happened with just over the course of a few minutes — suddenly we had several people down on the ground experiencing some type of cardiac arrest or some type of medical episode,” he said. “We immediately started doing CPR.”

At a later news conference Houston Police Chief Troy Finner said that there were “a lot of rumors going around” about the incident, including “rumors of people injecting some people with drugs.”

Urging people not to speculate, he said police were determined to “make sure we find out what happened,” adding that Scott and the festival organizers and were cooperating with police.

Earlier in the day, multiple people were injured as festivalgoers rushed a front entrance, NBC affiliate KPRC of Houston reported.

Odom said she felt it was “the first sign” of chaos to come at the show.

“As soon as people started running in I was like oh no…this is going to be crazy,” she said. “And the way people were running in, it was just really violent. They were ripping off wristbands off people in the line.”

Finner said that the deaths and injuries were not connected with that entrance being rushed as the crush at the concert had happened much later.

Harris County Judge Lina Hidalgo said some as young as 10 years old had been transported to hospital.

“Our hearts are broken,” she said. “People go to these events looking for a good time, a chance to unwind, to make memories — it’s not the kind of event you go to where you expect to find out about fatalities.”

The Astroworld Festival organizers said in a Facebook post that their hearts were with “those we lost and their loved ones.”

They said they were cooperating with police and encouraged anyone with information on what happened in the crowd to speak with authorities.

Scott, 29, is from Houston. He launched the Astroworld Festival in 2018 in his hometown as an annual event. The festival did not happen in 2020 because of the Covid-19 pandemic.

His 2018 hit “Sicko Mode” reached No. 1 on Billboard’s Hot 100 that year. He has been nominated for eight Grammy awards, including for that song and the album “Astroworld.”