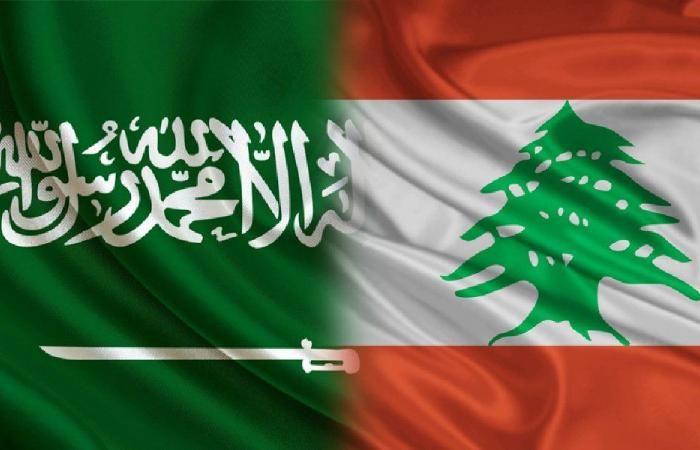 Lebanon on Monday called for talks with Saudi Arabia to ease a spiralling diplomatic row sparked by remarks made by a Lebanese minister on the Yemen war.

“Lebanon invites Saudi Arabia to engage in dialogue to solve all outstanding problems and not just the latest spat, so that the same crisis is not repeated every time,” Foreign Minister Abdallah Bou Habib, told AFP.

On Friday, Saudi Arabia gave Lebanon’s ambassador 48 hours to leave the country, recalled its envoy from Beirut and suspended all imports from Lebanon.

The Saudi foreign ministry said the measures were taken after “insulting” remarks made by Lebanese Information Minister Georges Kordahi on the Yemen war, but also due to the influence of Lebanon’s Iran-backed Shiite movement Hezbollah.

In an interview recorded in August and aired last week, Kordahi said Iran-backed Huthi rebels were “defending themselves… against an external aggression,” by a Saudi-led military coalition.

His comments sparked angry rebukes from Saudi Arabia and its allies, worsening diplomatic ties that have weakened significantly in recent years over the growing dominance of Hezbollah which is viewed by the kingdom as a terrorist group.

On Sunday, Saudi Arabia said dealing with Beirut was “pointless” due to Hezbollah’s dominance.

But Bou Habib told AFP on Monday that “problems between friendly and brotherly countries can only be resolved through dialogue, communication and trust, and not through imposition”.

The diplomatic crisis with the kingdom and its allies is a fresh blow to Lebanon, a country in financial and political turmoil where a fragile government is struggling to secure international aid, namely from wealthy Arab neighbours.

Saudi Arabia is Lebanon’s third largest export market, accounting for six percent of the country’s exports in 2020, worth around $217 million, according to the Lebanese chamber of commerce.

“If there is no dialogue or communication with Saudi Arabia, then everything that is happening goes against the values of friendship and fraternity” between both countries, Bou Habib said.

Saudi Arabia and its allies accuse Hezbollah of supporting Iran-backed Huthi rebels that seized the Yemeni capital in 2014.

A Saudi-led military coalition that has included the United Arab Emirates and Bahrain intervened to prop up the Yemeni government in 2015.

Bou Habib called Hezbollah’s activities outside Lebanon a “regional issue” that can not be checked by the Lebanese state.

“A US-Iranian agreement or a deal between Saudi and Iran can help solve this issue but we can’t resolve it by ourselves,” Bou Habib said.

“Hezbollah is a strong component of the Lebanese state, perhaps the strongest, but it doesn’t have a political monopoly,” he said.

Saudi allies Bahrain and Kuwait have responded to Kordahi’s comments with similar measures and the UAE on Saturday recalled its diplomats from Beirut in “solidarity” with Riyadh.

Lebanese Prime Minister Najib Mikati has said he “regrets” the Saudi decision, and urged Riyadh to reconsider its move.

He did not explicitly call for Kordahi’s resignation, but said the minister did not speak in the name of the government.

Kordahi told Lebanese television channel Al-Jadeed on Sunday that his resignation is “out of the question”.

A scene tells how Iran-backed Houthi militia become an obsession of terror, a child of AlJuba district babbles abt militia’s attack on his village.This is what war triggered by Houthis is doing to Yemeni children, deprived of their right to education &normal life like their peers pic.twitter.com/FRrFzZz0eQ

Mikati who is taking part in the COP26 climate summit in Glasgow is expected to discuss the diplomatic row with participating world leaders.

“We want the best relations with Saudi Arabia, but they must cooperate with us so we find solutions to all the problems facing the two countries,” Bou Habib said.

Earlier this year, Saudi Arabia announced it was suspending fruit and vegetable imports from Lebanon, saying shipments were being used for drug smuggling by Hezbollah and accusing Beirut of inaction.

And in May, Lebanon’s then foreign minister Charbel Wehbe stepped down and was swiftly replaced after comments he made irked Saudi Arabia.