US sanctions 2 Lebanese businessmen, and an MP for corruption 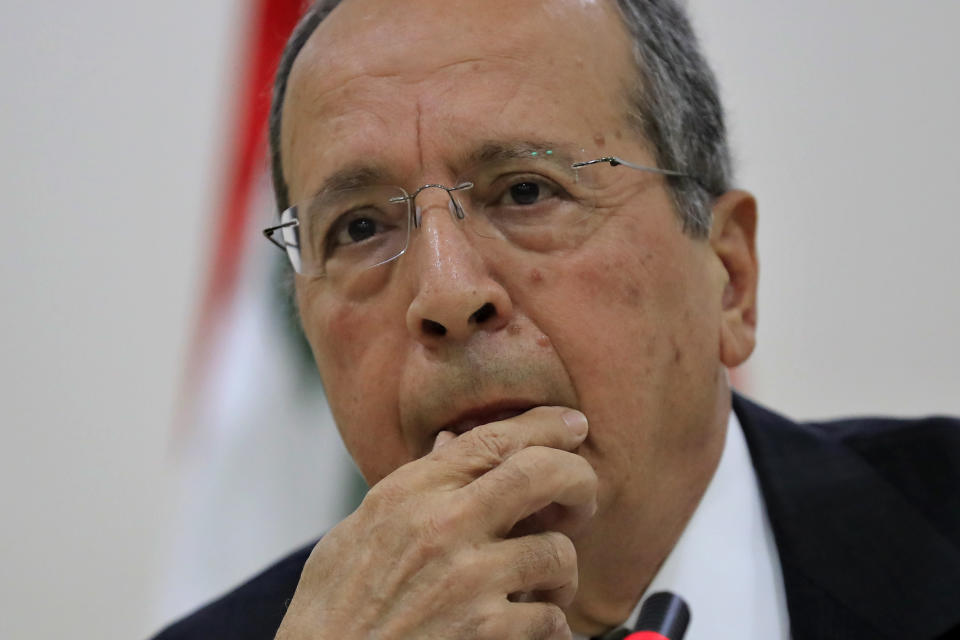 MP Jamil Sayyed , is one of 3 Lebanese sanctioned by US over corruption Lebanon . He reportedly was accused of skirting banking regulations to move $120 million offshore. in 2019, a charge he denied. The other 2 are Jihad al-Arab and Dany Khoury, both are business men who were accused of corruption . While Sayyed is veer close to Hezbollah and Syrian dictator Bashar al Assad , Jihad al-Arab is close to X PM Saad Hariri and Khoury is close to Lebanon’s most despised politician , President Michel Aoun’s son -in-law Gibran Bassil
Share:

The US Treasury slapped sanctions on prominent Lebanese tycoons Jihad al-Arab and Dany Khoury and MP Jamil Sayyed for allegedly benefitting from corruption and adding to the breakdown of the rule of law in their country.

The three “have each personally profited from the pervasive corruption and cronyism in Lebanon, enriching themselves at the expense of the Lebanese people and state institutions,” the US Treasury said.

“While the Lebanese people face daily struggles to access basic public goods, including medicine, electricity, and food, during a historic and devastating economic crisis, members of the Lebanese political class and their cronies operate with impunity to enrich themselves and hide their wealth,” the Treasury said in a statement.

It said he overbilled the government in such contracts and, despite winning an emergency deal to address Beirut’s 2016 garbage crisis, did not resolve the problem.

The Treasury also said he won two government contracts worth $200 million after brokering a political deal in 2014 ahead of elections.

Khoury, it said, used his ties to already-sanctioned politician Gibran Bassil to reap lucrative contracts “while failing to meaningfully fulfill the terms of those contracts.”

“Khoury and his company have been accused of dumping toxic waste and refuse into the Mediterranean Sea, poisoning fisheries, and polluting Lebanon’s beaches, all while failing to remedy the garbage crisis,” it said.

“During the 2019 protests, when demonstrators protested outside his home demanding his resignation and calling him corrupt, Sayyed called on officials to shoot and kill the protesters,” the Treasury said.

“The United States is levying sanctions on these individuals in solidarity with the Lebanese people, who have long demanded accountability, transparency, and an end to endemic corruption,” said Secretary of State Antony Blinken.

“Acts like this have caused the Lebanese people to bear the brunt of a devastating economic crisis brought about by corruption and government mismanagement.”

The sanctions order the seizure of any property the three have under US jurisdiction, be they bank accounts or real estate or other assets.

They also forbid US individuals or businesses – including financial institutions with a US presence – from carrying out transactions with the three, effectively restricting their access to global financial and trade networks.

The Treasury justified the sanctions by saying that corruption has undermined the rule of law and governance in Lebanon, which is mired in a deep political and economic crisis.

Its currency has plummeted in value and people are struggling day to day, their savings locked up in banks since late 2019, and inflation soaring. Even the central bank has come under suspicion for corruption that has fed the crisis.

Washington and global organisations like the World Bank and the International Monetary Fund are pressing for across-the-board reforms, but political wrangling continues to stall progress.

In June, the World Bank said Lebanon’s economic collapse is likely to rank among the world’s worst financial crises since the mid-19th century.

Sayyed denied accusations on Friday at a news conference in Beirut and said he was prepared to travel to the US to be questioned.

“I challenge them to grant me a (US) visa to go. I will go tomorrow and will face them,” Sayyed said.

Should embezzled funds be discovered in “any corner of the world … they can keep me in jail there,” he added.

Sayyed also challenged his accusers to reveal the name of a government official whom they said helped him transfer the funds.

“Release his name so that we know who he is,” he said, addressing US authorities. “Why didn’t you accuse him?”

In June, al-Arab announced he was shuttering his businesses in Lebanon, citing attacks on his family and companies.

Two years ago, mass nationwide protests demanded accountability for rampant corruption and financial mismanagement, as well as an end to decades of rule at the hands of the country’s sectarian leadership.

A common call among protesters at the time was an independent judiciary to investigate corrupt politicians and business people.