Patriarch Rai urged Kordahi to resign over his insulting remarks 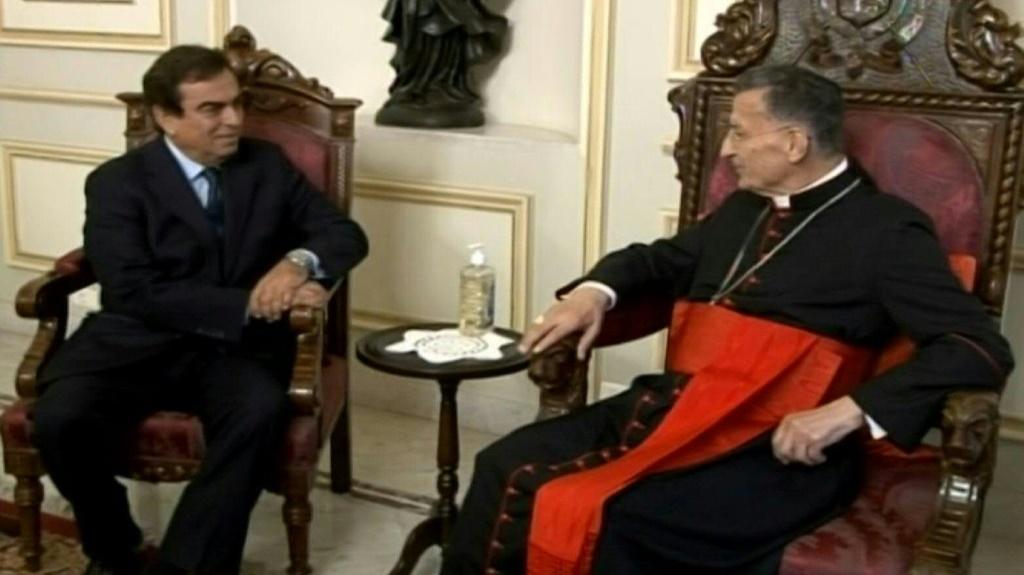 Information Minister George Kordahi visited Maronite Patriarch Beshara al-Rai in Bkirki and left without making a statement, amid a diplomatic storm over his insulting remarks on Yemen’s war.

Asked upon his arrival whether he intends to resign, Kordahi told reporters that he would wait to “see what the patriarch wants.”

MTV meanwhile reported that the two men “evaluated the resignation decision and what’s better for the country,” noting that Rai urged Kordahi to resign.

“Al-Rahi insisted in his meeting with Kordahi on adopting neutrality in Lebanon’s relations with the neighboring countries,” Bkirki sources told MTV.

Meanwhile Marada Movement chief Suleiman Franjieh, who named Kordahi to be a minister in the new government, had also met with Rai earlier in the day. Franjieh revealed following the meeting that he refused Kordahi’s suggestion of announcing his resignation at Bkirki or Baabda

“I refused because he did not make any mistake. Still I support whatever decision he makes ,” Franjieh added.

Meanwhile , Kuwait and the United Arab Emirates on Saturday followed the Saudis and Bahrainis with punishable measures against Lebanon, increasing pressure on Lebanon which is in need of foreign assistance to help it ease a crippling economic and financial collapse .

On Saturday afternoon, Saudi Ambassador to Lebanon Walid Bukhari flew home after he was recalled by his government, according to airport officials in Beirut. Bukhari’s departure came a day after Saudi Arabia ordered Lebanon’s ambassador to Riyadh to leave within 48 hours and banned all imports from Lebanon.

On a TV program filmed in August and aired this week, Kordahi had described the war in Yemen as an “aggression” by Saudi Arabia and the United Arab Emirates. He called the war “absurd,” saying it must stop because he is opposed to wars between Arabs. The program was recorded around a month before Kordahi became minister.

Franjieh, who is a key ally of the Iranian backed Hezbollah aspires to replace president Aoun when his term expires . Hezbollah , like Iran is a key supporters of the Houthi rebels that ousted the legal government of Yemen. The Saudi led-coalition is in Yemen in support the ousted legal government of Yemen . Hezbollah praised Kordahi’s earlier position in which he stated that he refuses to resign over his statements .

Lebanon is now considered a colony of Iran that is administered by Hezbollah which is the only militia that was allowed to keep its arms after the civil war ended in 1990 under the pretence that it is a resistance movement against Israeli occupation . Israel withdrew from Lebanon over 21 years in 2000, but Hezbollah kept its arms and is now using them internally against its fellow citizens .