Lebanon’s future as an inclusive democracy in doubt 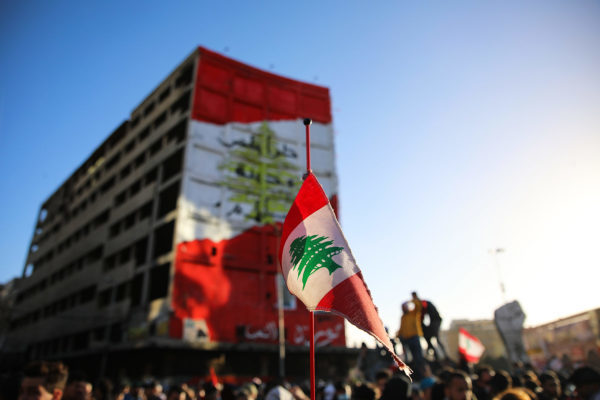 The latest violence in Lebanon, coming shortly before the anniversary of protests that brought down the government, does not bode well for economic and political reforms.

In Lebanon, October 17 marked the anniversary of the 2019 demonstrations against the government due to its mismanagement of the economy and widespread corruption. After two years, despite the fall of the government led by Prime Minister Hassan Diab, there has been no investigation into the charges of corruption or capital flight that occurred, accelerating the implosion of the local currency and the subsequent tanking of the banking sector.

Beirushima: What Lebanon Needs to Survive

The interlocking political and banking elites who control the government based on sectarian power-sharing have so far ignored the pain of those affected and the need to have a national strategy of reconciliation and economic recovery. The economic erosion was furthered by the Beirut Port explosion of August 4, 2020. That incident destroyed much of the business area of the downtown. It also further set back the country economically and politically as the current government, headed by Prime Minister Najib Mikati, has been unable to remove impediments to an independent investigation.

The people of Lebanon are suffering. The statistics on poverty, loss of education and quality of life, hyperinflation of essential goods, cost of living and health care, and emigration of skilled Lebanese are well known. The security and stability of the country are eroding as the families of the Lebanese Armed Forces (LAF) and Internal Security Forces (ISF) share the depressing costs of a barely functioning economy.

The latest threats and violence demonstrate the fragility of the civil order as the Shia Amal-Hezbollah alliance, along with their Christian enablers in President Michel Aoun’s Free Patriotic Movement — now headed by his son-in-law and presidential aspirant, Gebran Bassil — feel free to ignore demands for change. The march on October 14, 2021, demanding the removal of Judge Tarek Bitar, who was calling current and former officials to testify about their roles in the Beirut Port blast, was the latest opportunity to demonstrate their dominance. This was too much of a provocation for those opposed to the governing troika, which led to bloodshed and a spike in instability. Despite the current calm, that chapter has not been concluded.

More damaging is the challenge that inaction poses on two fronts: to the new government and to the security services. Prime Minister Mikati supports an independent judiciary and an independent investigation into the blast. This could lead to the dissolution of his government, which depends on an agreement with the troika to survive. Hezbollah and company have not shown any concern for the integrity of the state up until now, so there are no assurances that they will tolerate an investigation that might expose some of their own friends.

The LAF and ISF are already struggling to hold together their forces, who have experienced a 90% drop in their salaries while facing hyperinflation in food, medicines and fuel. Desertion rates are increasing as soldiers look for other employment opportunities. With budgets decreased by 90% due to the currency devaluation, the LAF and ISF have to increasingly rely on external assistance from the United States and others to retain their operational readiness.

All the while, the people are on the sidelines, not able to promote changes that will improve their lives and save their country. At the core is the concern that Lebanon for the Lebanese may become an aspiration more than a reality. To avoid the demise of what was once the educational and intellectual center of the region, it is time for remedial action.

It is time to begin the process of negotiations with the International Monetary Fund and move toward a single exchange rate by reducing subsidies and public spending. Work must be done to ensure increased stable power supplies throughout Lebanon. The people’s trust needs to be earned through transparent and credible policies to restore a functioning government.

The international community is clear in its position: Clean elections, implementation of basic reforms, and a robust and sustainable social safety net are central to opening the country to outside support. Only then can Lebanon begin the process of reconstruction and recovery. Now, as the people remember the October 17 demonstrations, it is time to recommit to a process of reform and reconciliation that will provide a basis for Lebanon’s reconstruction.