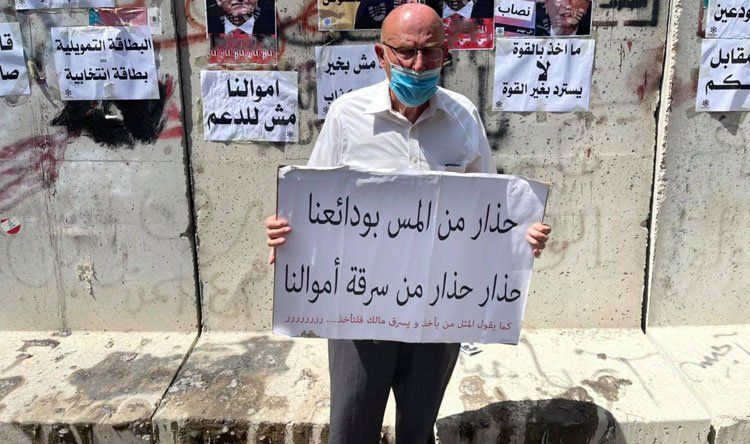 A bank depositor is shown holding a placard that reads : We warn you ( the authorities ) against tampering with our deposits . We warn you against stealing our money
Share:

The “Lebanese Depositors Association” slammed the decision to extend the work of Circular No. 151 which calls for an exchange rate of 3900 LL per US dollar .

The current rate of exchange in the parallel market more than 4 times the above rate .

The Depositors Association also called on all bank employees to avoid confronting depositors.”