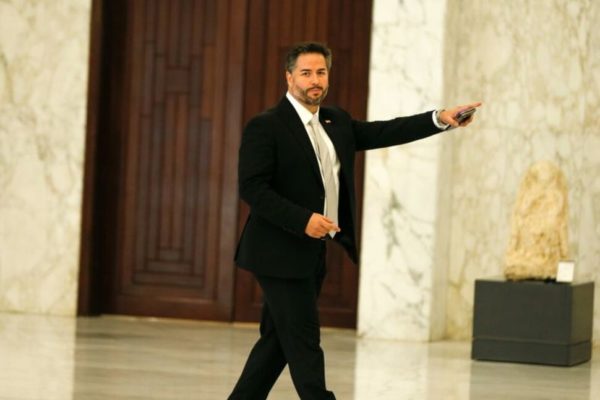 BEIRUT – Lebanon’s banking sector, central bank and other players in its financial system are working in “harmony” to agree on the size and distribution of losses sustained during the country’s economic meltdown, the economy minister said on Wednesday.

Lebanon is in the throes of a devastating financial meltdown which Prime Minister Najib Mikati’s new government has vowed to address by seeking to revive talks with the International Monetary Fund.

Talks between the previous government and the IMF broke down last year in large part due to disagreement in Lebanon over the scale of the losses and how they should be distributed.

Economists say agreement on the losses is a prerequisite for IMF negotiations to begin.

The banks, central bank and major political parties disputed the scale of losses as they were set out in last year’s government plan that identified a $90 billion hole in the system.

Economy minister Amin Salam told al-Jadeed TV that meetings were underway over the losses, grouping the banking sector, the central bank, the insurance sector, and others.

“What I can say is there is complete harmony and coordination among all the parties so that these losses are distributed in a logical and fair way,” he said.

“God willing the coming days will clarify a bit – in the numbers, or in the details – how the mechanism of the distribution of the losses and the size of the losses will happen,” he said.

Mikati said on Monday he would soon meet the advisory firm Lazard, which drafted the financial plan, to see how it could be developed into a “more realistic” vision for getting the country out of its crisis.