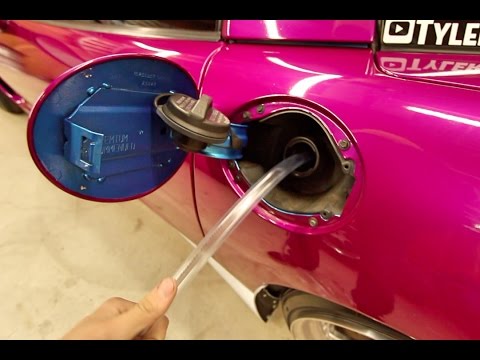 A Syrian man has died after swallowing gasoline he was siphoning out of his vehicle’s tank with a plastic tube, in fuel-strapped Lebanon
Share:

BEIRUT (AP) — A Syrian man has died after swallowing gasoline he was siphoning out of his vehicle’s tank with a plastic tube, Lebanon’s national news agency reported Saturday.

Lebanon is witnessing a paralyzing fuel shortage that has driven the public to hoard gasoline and resort to black-market vendors, while many businesses have been forced to shut down. A diesel shortage has also caused extended blackouts, in a country dependent on private generators.

People queuing for several kilometers (miles) to fill up their tanks are a daily occurrence at gas stations across the country. The long lines have often descended into chaos, and sometimes violence.

Amid the shortage, men peddle gasoline on the street in plastic bottles. People sometimes use plastic hoses to siphon fuel, filling bottles either to sell on the black market or fill other vehicles. Fuel smuggling to neighboring Syria, in private vehicles or in trucks, also became rampant, with many blaming it for deepening the crisis.

The Lebanese National News Agency said the young man in the northern Lebanon town of Bhannine died in the hospital where he was transferred after swallowing the gasoline from his vehicle’s tank. It offered no further details. Police officials were not immediately available for comment.

Lebanon has for decades suffered electricity cuts, partly because of widespread corruption and mismanagement. Foreign reserves are running dangerously low and inflation and unemployment have soared in the Mediterranean nation of 6 million, which including 1 million Syrian refugees.

The situation deteriorated dramatically over the last months, particularly after the central bank decided to end subsidies for fuel products. Fuel prices are now 10 times more expensive than they were last year.