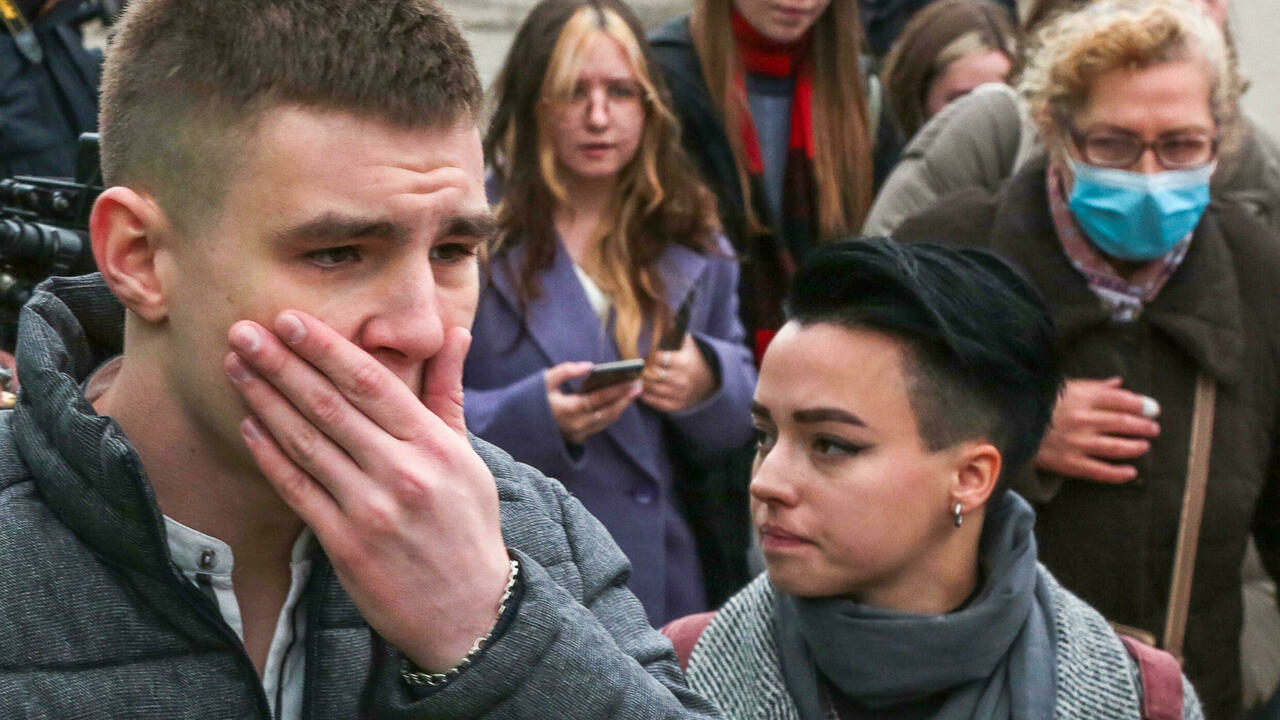 A gunman killed six people on a university campus in Russia on Monday before being detained, investigators said, leaving students and teachers shaken and terrified.

It was the second mass shooting in Russia this year to target students and came amid calls for stricter controls on access to firearms.

Video on social media showed students throwing belongings from the windows of university buildings in the city of Perm, around 1,300 kilometres (800 miles) east of Moscow, before jumping to flee the shooter.

Witnesses described scenes of panic at Perm State University, saying the city of around one million people was left in shock by the tragedy.

State media broadcast amateur footage reportedly taken during the attack showing an individual dressed in black tactical clothing, including a helmet, carrying a weapon and walking through the campus.

The gunman, identified as a student at the university, carried out the shooting with a hunting rifle he purchased this year, according to Russia’s Investigative Committee.

Ivan Pechishchev, a lecturer at the university, said that when he saw students jumping out of windows he thought there had been a fire.

“They were all in shock, there was screaming, with everyone panicking and scared. I said ‘What’s going on?'” and someone said there was a shooting, the lecturer told AFP.

Pechishchev, 39, said he hid with students in an auditorium for more than an hour before they were told they could leave the building.

“The city is shocked and anxious. I walked home because it was impossible to get a taxi,” Pechishchev said.

The Investigative Committee, which probes major crimes in Russia, said 28 people were being treated after the attack.

“Some of them have been hospitalised with injuries of varying severity,” it said in a statement.

According to unconfirmed reports, five women and one man were killed in the shooting. Among them was a student, who wanted to become a maths teacher, and a 66-year-old retired doctor, who was visiting the university with her grandson.

Investigators said the gunman resisted arrest and was wounded before being taken to a medical facility.

Junior police lieutenant Konstantin Kalinin said he had to shoot the attacker after the man trained a rifle on him.

“After that I gave him first aid,” the policeman said in remarks released by the interior ministry.

The health ministry said 19 among the wounded were being treated for gunshots.

President Vladimir Putin said the deaths amounted to “a great loss, not only for the families who lost their children but for the whole country”.

“No words can silence the grief or pain of this loss, especially since we are talking about young people just at the beginning of their lives,” he said.

School shootings are relatively unusual in Russia due to tight security at education facilities and because it is difficult to buy firearms.

But Monday’s attack was the second this year, after a 19-year-old opened fire in his old school in the central city of Kazan in May, killing nine people.

Investigators said the Kazan gunman suffered from a brain disorder, but he was deemed fit to receive a license for the semi-automatic shotgun he used in the attack.

On the day of that attack, Putin called for a review of gun control laws. The age to acquire hunting rifles was increased from 18 to 21 and medical checks were strengthened.

The Kremlin’s spokesman Dmitry Peskov said Monday that despite the tightened legislation “unfortunately, this tragedy has happened, and it has to be analysed”.

“It looks like we are talking about abnormalities in a young man who committed these killings,” Peskov added.

Authorities have blamed foreign influence for previous school shootings, saying young Russians have been exposed online and on television to similar attacks in the United States and elsewhere.

In November 2019, a 19-year-old student in the far eastern town of Blagoveshchensk opened fire at his college, killing one classmate and injuring three other people before killing himself.

In October 2018, another teenage gunman killed 20 people at a Kerch technical college in Crimea, the peninsula Russia annexed from Ukraine in 2014.