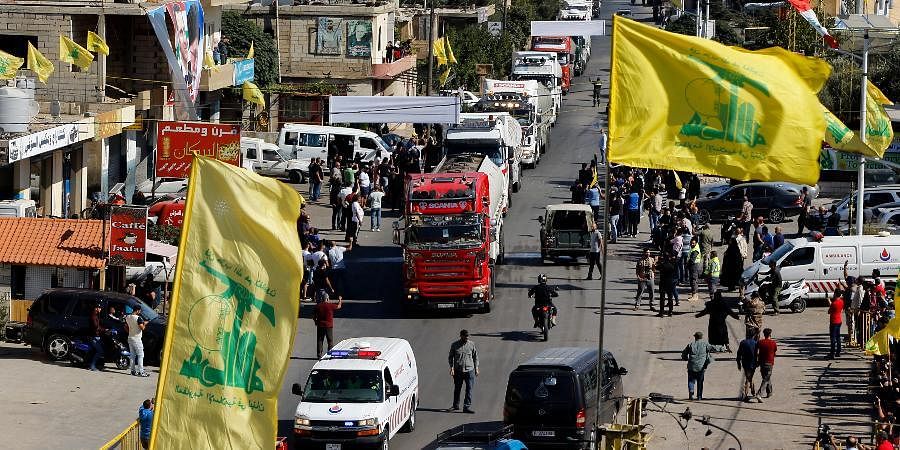 The United States has imposed sanctions on members of a network of Lebanon- and Kuwait-based financial entities, accusing them of funding the Iranian backed Hezbollah militant group.

In a statement released on Friday, the Treasury announced that its Office of Foreign Assets Control (OFAC) was designating “members of an international network of financial facilitators and front companies” that allegedly operated in support of Hezbollah and the Quds Force of Iran’s Islamic Revolution Guards Corps (IRGC).

US Secretary of State Antony Blinken said, “The United States will not relent in targeting these networks, and we will continue to take actions to disrupt their activities.”

The sanctions would involve the seizure of US-based property of the individuals and entities and prohibit all transactions with them.

They were imposed while American media wrote about the success of Hezbollah in supplying Iranian fuel to Lebanon – a move that humiliated the US and Israel.

In early September, an Iranian ship unloaded its fuel cargo at Syria’s Baniyas port, from where it was transferred to Lebanon via tanker trucks.

The first convoy of the tanker trucks arrived in northeastern Lebanon on Thursday, with people celebrating their arrival by lining roads, waving flags, distributing sweets and blasting heroic anthems.

“With Lebanon suffering one of the worst economic collapses in modern history, Hezbollah portrayed itself as a national savior, stepping in where the Lebanese government and its Western backers had failed,” the New York Times wrote.

“Nearly every step of the fuel’s journey was a challenge to the United States, which has imposed sanctions on the purchase of Iranian oil, the Syrian government, Hezbollah and the Hezbollah-linked company that will distribute the fuel inside Lebanon.”

Ahmed Raya, a Hezbollah media official, said the shipment was the first tranche of 13.2 million gallons an Iranian ship delivered to Baniyas and that the rest will take several days to offload and transport to Lebanon.

Hezbollah Secretary-General Sayyed Hassan Nasrallah said, “Our aim is not trade or profit,” but “to alleviate the suffering of the people.”

He added that three more Iranian ships, one carrying gasoline and two carrying diesel, were en route to Syria.

Early on Saturday, Lebanon’s al-Mayadeen TV channel reported that the second convoy of fuel tankers loaded with Iranian fuel had crossed the Syrian border and was heading towards Lebanon.

But Lebanese Prime Minister Najib Mikati said Iranian fuel shipments imported by Hezbollah constitute a breach of Lebanon’s sovereignty, according to comments published by his office.

“The violation of Lebanon’s sovereignty makes me sad,” Mikati told CNN in an interview, his office said in a posting on Twitter.

He added: “But I’m not concerned that sanctions can be imposed” on Lebanon “because the operation was carried out without the involvement of the Lebanese government.”