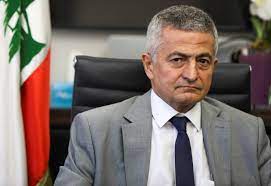 Lebanon’s incoming finance minister finally signed a contract on Friday with a New-York-based company to conduct a forensic audit of the country’s central bank, a key demand of the international community to restore confidence in the crisis-struck country.

Alvarez & Marsal had pulled out of an earlier deal late last year, complaining that after months of work it was not able to acquire the information it needed to conduct its audit. The withdrawal was a blow to calls for accountability in the country mired in decades of corruption which many consider a key reason for the economic meltdown.

A forensic audit has been a key demand by the International Monetary Fund and international donors who have said that they will not give money to Lebanon without major reforms to fight corruption and widespread waste in state institutions. Satisfying the demand was complicated by an internal power struggle between different groups in Lebanon who disagreed on the size of the financial problem and who is to blame.

Lebanon, meanwhile, struggled without a fully functional government for more than a year amid one of the world’s worst economic and financial crises. A caretaker government advocated a forensic audit after the country defaulted on paying back its massive debt for the first time in 2020.

A new government was named earlier this month and reinstating the forensic audit was practically the first contract signed by Finance Minister Youssef Khalil. A former central bank official since 1982, Khalil was last the executive director of the central bank’s financial operations department. According to his resume, the position allowed him to participate in formulating the bank’s contribution to reform programs for Lebanon.

Khalil’s office said the company will present a report 12 weeks after it starts its audit. No date has been given for when they will begin.

The country’s current economic and financial crisis, considered by the World Bank as one of the world’s worst in the last 150 years, is rooted in decades of corruption and mismanagement. The small country of 6 million, including Syrian refugees, have been grappling with shortages of fuel, medicine and basic goods as foreign reserves dwindle and the economy contracts.