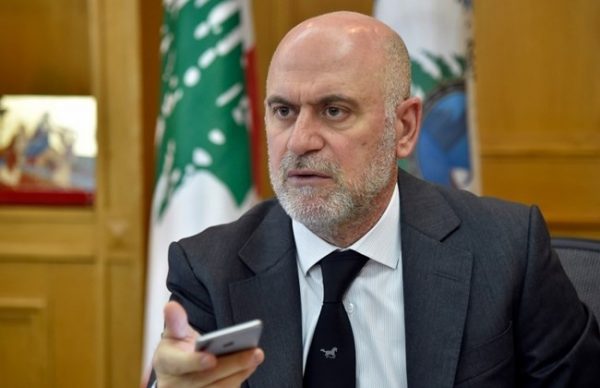 Youssef Fenianos , the former public works minister who received an arrest warrant for his role in the Beirut Port explosion over his refusal to be interrogated by lead investigator Judge Tarek Bitar called the in-absentia arrest warrant “great injustice” against him

In a statement, Fenianos said that “he has never thought or tried to confront the judiciary through a counter lawsuit” but noted that the investigative judge’s “performance” might “oblige” him to do so.

Bitar issued the arrest warrant on Thursday after Fenianos failed to appear for interrogation . It was the first such warrant in the year-old probe that has hit many snags, particularly in implicating senior government officials in what was one of the largest non-nuclear explosions ever recorded. It’s unclear how authorities will respond to the warrant.

Fenianos who represented the Marada Movement in the cabinet at the time is one of a number of former government officials who have declined to appear before Bitar. The judge has charged Fenianos and three other former senior government officials with intentional killing and negligence that led to the deaths of more than 200 people in the blast and over 6,000 injured.

Bitar also summoned the former and current security chiefs. The former prime minister, Hassan Diab, has also refused to appear before the judge and fled to the United States to avoid interrogation

Hundreds of tons of ammonium nitrate, a highly explosive material used in fertilizers, had been improperly stored in the port for years. It finally exploded on Aug. 4, 2020, devastating parts of the capital of Beirut.

Rights groups and local media revealed that most state officials including president Michel Aoun and Diab knew of the presence of ammonium nitrate in the port but did nothing to remove it or properly store it. In an extensive report issued last month, Human Rights Watch said senior officials knew of the risks posed by the highly explosive material and did nothing to protect the public against it.

On Wednesday, more than 140 local and international organizations and survivors of the blast repeated a call issued earlier, urging a U.N.-backed probe into the blast. The groups said government officials have refused to appear for questioning and authorities declined to lift immunity to allow for prosecution of members of parliament or senior government and security officials.