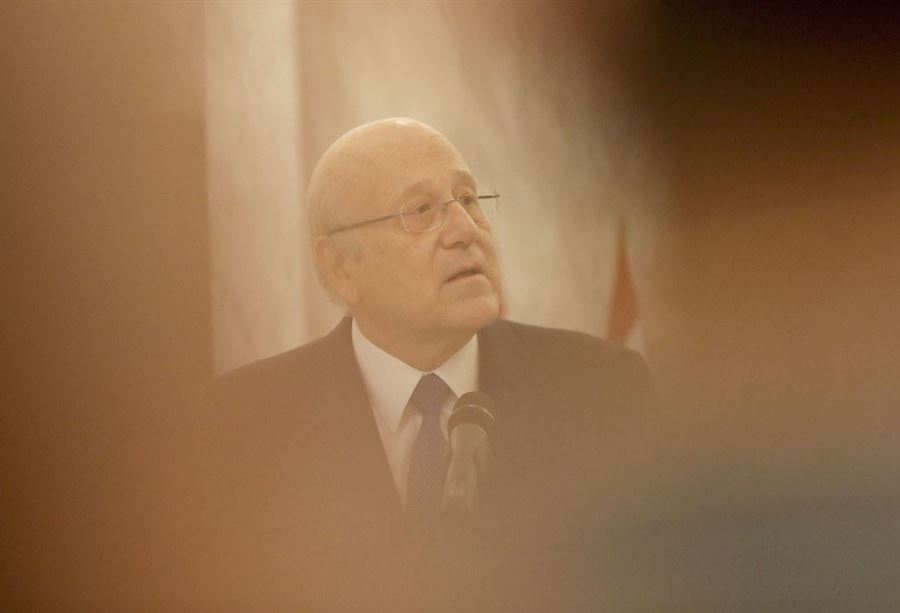 Lebanon’s new government, finally formed in the throes of an accelerating economic meltdown after 13 months of political deadlock, has its work cut out.

What are the most pressing issues for the cabinet announced on Friday, and how easy will they be to tackle?

What are the priorities?

Prime Minister Najib Mikati’s 24-member cabinet desperately needs to lift Lebanon out of what the World Bank has called one of the planet’s worst economic crises since the 1850s.

The Lebanese pound has lost more than 90 percent of its value to the dollar on the black market, inflation has soared and people’s savings are trapped in banks.

With foreign currency reserves plummeting, the cash-strapped state has been struggling to maintain subsidies on basic goods.

Petrol and medicine have become scarce, the state barely provides two hours of electricity supply a day, and almost 80 percent of the population now lives in poverty.

“The first priority for the government really will be to stem the collapse,” said Maha Yahya, director of the Carnegie Middle East Center.

Subsidies needed to be lifted and a safety net put in place to ease the blow on the most vulnerable, she said.

To do this, analysts have said, the cabinet will need to relaunch talks with the International Monetary Fund to unlock billions of dollars in financial aid.

After defaulting on its debt in March 2020 for the first time in history, Lebanon started talks with the IMF, but these quickly hit a wall amid bickering over who should bear the brunt of the losses.

Will this be easy?

The international community has demanded sweeping reforms and a forensic audit of the country’s central bank before any financial assistance is disbursed.

The previous government in 2020 announced a rescue roadmap that included electricity sector reform, restructuring the banking sector and lifting the official dollar peg.

But it has yet to be implemented.

Economist Mike Azar said that reforming the oversized commercial banking sector and central bank, as well as restructuring the public sector, would be key for any deal with the IMF.

“There isn’t anything you can do short of these two major restructurings,” he told AFP.

But the traditional ruling class that has dominated politics in Lebanon since the 1975-1990 war was likely to be reluctant.

“Restructuring the public sector has an impact on the political parties, as it is the main financing source for their” patronage system, he said.

“How would they accept that?”

Although some of the 24 new ministers in Mikati’s cabinet are technocrats, all have been endorsed by at least one of Lebanon’s many competing political parties.

Yahya said drawing up a medium- to long-term rescue plan for the country would be a “major challenge” as the new government lacked any political consensus.

“This government was formed with the business-as-usual mentality so everybody there represents one political leadership or the other,” she said.

This means political parties “can use the ministers within the government to block any reform they see as undermining their interests or unpopular in the street”.

Will there be elections?

Mikati on Friday vowed to hold May 2022 parliamentary elections on time.

In a country rocked in 2019 by protests calling for the overhaul of the entire political class, some activists see this as a chance to vote out an old guard deemed incompetent and corrupt, and bring in younger experts to actually represent the people’s best interests.

But analyst Michel Doueihy said the political parties in power since the end of the civil war were ready to do anything to cling on to power.

The traditional ruling “class is trying through this government to catch its breath” and restore some credibility ahead of the next parliamentary elections, he told AFP.

He said their tactics could even include postponing the polls.