Why is August 31 the date for the US pullout from Afghanistan? 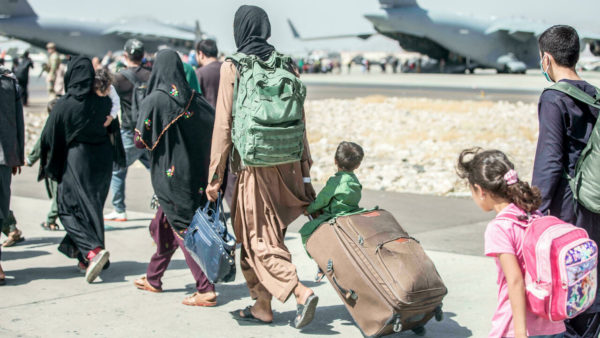 US President Joe Biden said Tuesday that he aims to have all US forces out of Afghanistan by August 31, ending a massive two-week airlift from the country at the risk of leaving potential evacuees behind.

Former president Donald Trump set an agreement with the Taliban insurgents in February 2020 that all US forces would withdraw from Afghanistan by May 1 this year.

Biden ordered a review when he came into office in January. On April 14 he announced a four-month postponement of Trump’s deadline, saying US and NATO troops “will be out of Afghanistan before we mark the 20th anniversary of that heinous attack on September 11th.”

The focus was to evacuate the remaining 2,500 US troops, several thousand NATO soldiers, and some 16,000 civilian contractors who remained in the country.

Critics said the conjunction of the US pullout and commemorations of the 20th anniversary of the 9/11 attack might not look good.

“Our military mission in Afghanistan will conclude on August 31st,” he said.

Washington also wanted to give the Afghan government more time to organize its fight against the Taliban, including handing over previously US-controlled bases and equipment to Afghan forces.

Washington and NATO partners expected that Afghan forces would be able to slow, if not stop, the Taliban campaign against them. US intelligence said that government forces should be able to hold on at least six months after the US departure.

The delay, the State Department believed, was also enough time for the departure of US citizens and tens of thousands of Afghans and their families who worked for US forces and were promised “special immigrant visas” (SIVs) to resettle in the United States.

Instead, Afghan forces failed to fight and, in a rapid-fire campaign the Taliban seized one provincial seat after another in July and August, and finally marched into Kabul on August 15.

The stunning speed of that victory set in motion a panicked bid by tens of thousands of Afghans and foreigners, including embassy personnel, to flee as quickly as possible.

On August 14 the US military deployed thousands of troops to take control of Kabul’s Hamid Karzai International Airport for a massive airlift.

By Tuesday the total of US and other countries’ evacuees surpassed 71,000 since August 14, with more than 21,000 flown out in the most recent 24 hours.

But thousands remained, inside the airport and outside, hampered by slow processing and increasing difficulty in reaching the airport due to the Taliban’s blockades of Afghans seeking to leave.

The Pentagon, which is managing all Kabul airport operations, says it actually has to wind down evacuations several days before August 31, to remove its own 6,000-plus troops on the ground, hundreds of US officials, 600 Afghan security troops guarding the airport and significant amounts of equipment.

Officials of Britain, France and Germany signaled they probably could not complete all of their planned evacuations by August 31 and wanted the US to extend into September.

In Washington worries grew that the deadline was not time enough to remove all remaining US citizens — the number remained unclear — as well as Afghan SIV evacuees.

On Tuesday leaders of the G7 advanced countries held a video summit to discuss staying beyond August 31.

But as they did, a Taliban official declared that they would not agree to any extension.

Hours later Biden announced that he was sticking to the end-of-August target and that his country was “on pace” to finish the US mission on that date.

Yet the White House was slightly ambiguous, stating that exiting by August 31 depends on the Taliban allowing evacuees access to the airport, including SIV-qualified Afghans.

Leaving the door open for going beyond August 31, Biden has asked “for contingency plans to adjust the timeline should that become necessary,” White House spokeswoman Jen Psaki said.