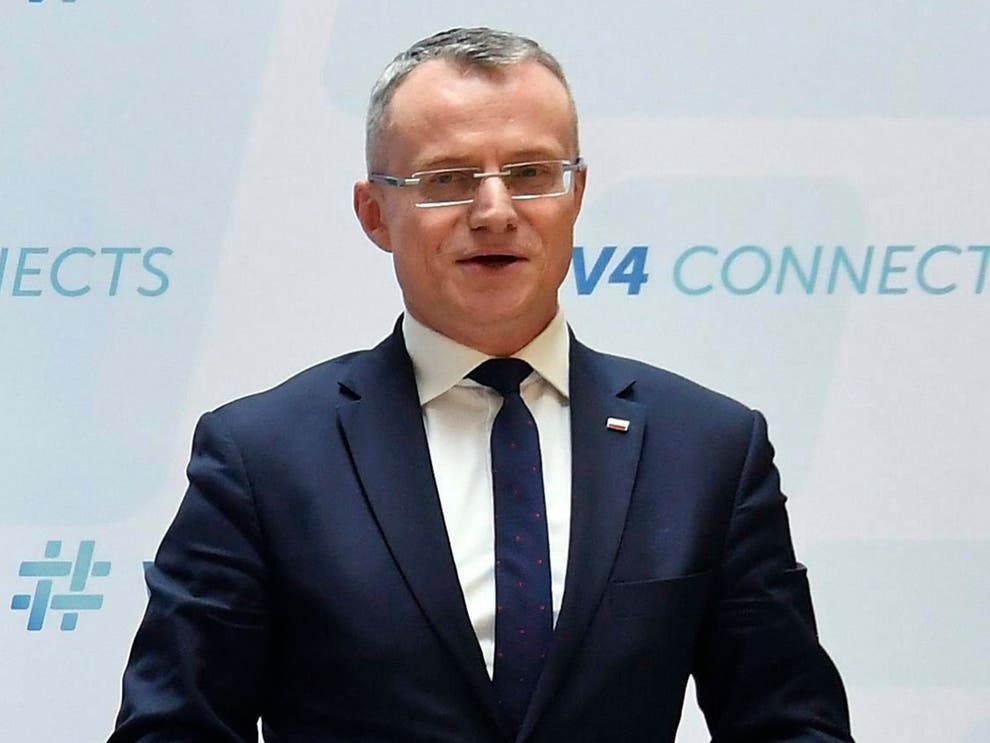 File photo: Marek Magierowski, the Polish ambassador to Israel, said he was attacked outside the embassy in Tel Aviv. Polish Prime Minister Mateusz Morawiecki said he had decided to provide safe transport back to Poland for the children of Ambassador Magierowski, amid what he called “an increased hatred of Poland and Poles” in Israel.
Share:

WARSAW (Reuters) – Poland’s ambassador to Israel has been recalled until further notice, the foreign ministry said on Monday, in a further sign of the deteriorating relations between the countries after Warsaw introduced a law affecting World War Two property restitution.

On Saturday, Poland’s president signed a bill that would set limits on the ability of Jews to recover property seized by Nazi German occupiers and retained by post-war communist rulers, bringing into law regulations that Israeli Foreign Minister Yair Lapid branded “anti-Semitic and immoral”.

Lapid said the head of Israel’s embassy in Warsaw was being called back immediately.

“In response to the recent unjustified actions of the State of Israel… the Ministry of Foreign Affairs informs that the Polish Ambassador to Israel will remain in the country (Poland) until further notice,” the foreign ministry said in a statement.

In a Facebook post on Sunday, Polish Prime Minister Mateusz Morawiecki said he had decided to provide safe transport back to Poland for the children of Ambassador Marek Magierowski, amid what he called “an increased hatred of Poland and Poles” in Israel.

In response to a request for comment, the Israeli foreign ministry sent a statement from Lapid originally released on Sunday in which he said, “We do not fear anti-semitic threats, and have no intention of turning a blind eye to the shameful conduct of the anti-democratic Polish government.”

Before World War Two, Poland had been home to one of the world’s biggest Jewish communities, but it was almost entirely wiped out by the Nazi Germans. Jewish former property owners and their descendants have been campaigning for compensation.

Up to now, Jewish expatriates or their descendants could make a claim that a property had been seized illegally and demand its return, but Polish officials argued this was causing uncertainty over property ownership.

In 2015 Poland’s Constitutional Tribunal ruled there should be specific deadlines after which administrative decisions over property titles could no longer be challenged. Changes to the law were adopted by the Polish parliament last week.

The bill sets a 30-year limit for restitution claims.

About 4,000 non-Jewish ethnic Poles live in Israel. There are also about 50,000 Jewish immigrants from Poland, with an affinity to the Polish language and culture and about 150,000 of their descendants