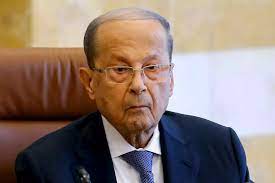 Prime Minister designate Najib Mikati’s talk of positive development in the cabinet formation appear to be fake and “fabricated” and “not based on anything tangible,” a media report said on Tuesday.

“The obstacles are still the same. PM-designate submitted to the President a complete line-up that included the allocation of portfolios to religious sects and naming some of the candidates, but the disagreements over shares continued.

“The President proposed a Aounist candidate for the justice portfolio but this was rejected by Mikati. He also suggested giving the environment portfolio to the Progressive Socialist Party instead of social affairs,” Nidaa al-Watan’s sources added, noting that what Aoun proposed “disturbed everything that the PM-designate had pledged to the blocs that named him.”

“The interior portfolio hurdles has also not been resolved in terms of selecting the candidate for the post, in addition to the dispute over the finance portfolio, with Aoun rejecting the nomination of Youssef Khalil for it,” the sources went on to say, noting that “the distribution of some service-related portfolios has also not been finalized.”

Foreign pressure for quick formation of a cabinet has increased

U.S. Ambassador to Lebanon Dorothy Shea visited the presidential palace and met with Aoun to urge quick formation of a cabinet . She also met Mikati to urge the same

Visiting CIA chief William Burns met with the chiefs of security agencies in Lebanon and stressed the need to form a cabinet to prevent a collapse of the security situation in Lebanon.

Aoun has been a magnet for Lebanese anger as the deadly fuel tank blast in Al-Tleil village in the Akkar region was seen as illustrating the inability of his regime to protect the Lebanese and prevent the collapse of the Lebanese state.

Ongoing political feuding has paralysed the country and led to the unravelling of the banking system and the failure to form a cabinet for more than a year since the Beirut port bombing.

The explosion was widely seen as a direct consequence of official negligence that had pushed the country deeper into free fall.

Lebanese politicians and clerics directed harsh criticism at Aoun, calling for his resignation so as to allow others to save Lebanon. Former Prime Minister Saad Hariri told Aoun, “You will not soon find an embassy to shelter you,” referring to his fleeing to the French embassy in his pajamas to seek asylum in 1989 after he was defeated by the Syrian army.