Lebanon and its ticking bombs 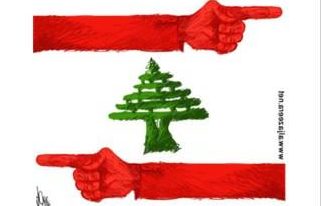 In international politics, what do you do when you don’t know what to do but wish to appear to be doing something?

The answer is: you convene an international conference.

The gimmick started with the notorious Versailles Conference after the First World War that morphed into a series of photo-ops while real decisions were taken elsewhere and behind the scenes. More recently we had the grand Madrid Conference that was supposed to produce an unlikely peace in the Middle East but became an introduction to a new era of conflict in the war-torn region. This week we have had a virtual version of the international conference on Lebanon, the second in 12 months and designed to mark the anniversary of the deadly explosion that tore Beirut apart.

The explosion shocked many, including France’s President Emmanuel Macron out of years of inattention to the many time-bombs that were ticking in Lebanon for almost three decades.

The first conference ended with classical cliches about solidarity with the Lebanese people sugar-coated with pledges to provide $295 million for helping rebuild the shattered capital. The second conference noted that none of those clichés have acquired any meaning and that the money promised has either not been disbursed or ended up in the pockets of the usual suspects. The only rebuilding that has taken place, albeit on a modest scale, has been done by NGOs with some help from Switzerland and a few other countries.

Amazingly, the French host is still calling for the formation of a consensual government while the latest player in the game, Prime Minister-designate Najib Miqati promises to assemble a technical Cabinet.”

The trouble with the very concept of a consensual government is that it can only be achieved if there is consensus about the very nature of Lebanon as a political entity.

Is Lebanon a nation-state in the normal sense of the term? In that case why does Hassan Nasrallah, leader of the Lebanese branch of Hezbollah, say it is “the advance post of the Resistance” led by Tehran’s top political mullah Ayatollah Ali Khamenei?

Other leaders, less brazen than Nasrallah, regard Lebanon as a milking cow or a colonial entity to be plundered with its riches transferred to egg-nests in the West, notably France. Still others in the current leadership see Lebanon as a vehicle for ego-trips during which they can play chess on national and international scenes.

The fact, however, is that Lebanon isn’t in this tragic state because of technical problems. Lebanon’s problems are deeply political. The consensus on which the Lebanese state was founded from the start has been badly shaken. Formal government structures have been duplicated and, at times replaced, by shadowy organs answerable to no one except, perhaps, foreign paymasters. The minimum rule of law that had survived many upheavals including a full-scale civil war has been replaced by the rule of the gunman.

Today, what goes for a government in Lebanon is a collection of shadow organs masquerading as presidential, parliamentary and ministerial authorities. President Michel Aoun, a martinet in his better days, is unable to impose a minimum of discipline even on what remains of the state bureaucracy. Ministries no longer even reply to emails let alone regularly updating their websites in a state stuck by perhaps terminal deliquescence.

For its part, the geriatric political elite seem to have lost all contact with reality.

Some suggest a wait-and-see option until next year’s promised elections which, if held would simply reproduce the same configuration. The last election attracted just under half of those eligible to vote because the choice offered was about as, worse and worst. Repeating the same rigmarole is unlikely to produce a different result.

Others in the political elite suggest carving the country into “cantons” to preserve their neo-feudal privileges. They don’t understand that Switzerland isn’t successful because it has “cantons” but its “cantons” work because they are in Switzerland.

The outside world cannot abandon Lebanon to its fate.

On the positive side, the region and beyond in the world needs Lebanon as a haven of, contact, dialogue and peace while a Lebanon turned into a platform for “exporting revolution”, real terror, along with drugs and dirty money, could harm everyone around or close to the Mediterranean basin. The rebuilding of Syria, when and if it happens, would need Lebanon as a springboard while the wreck left by the Assad gang is nocked back into some shape.

Without posing the question in political terms, no number of conferences and no amount of financial promises could defuse the ticking bombs that could blow Lebanon apart and do more damage to an already shaky situation in the Middle East.

Posing the question in political terms isn’t in the gift of President Macron or any other outsider no matter how well-meaning they might be.

That question could only be posed by the Lebanese people.

I already hear those who would jeer at this suggestion to remind us that people are leaving Lebanon in droves. Some friends report that they are arranging for the last members of their families to jump out of the sinking boat before it is too late. Some claim that there is no such thing as a Lebanese people in a piece of real estate populated by different and mutually hostile sects or “communities.”

However, Lebanon has been a land of emigration for 5,000 years and, today, the Diaspora of Lebanese origin may be larger than the country’s current population. And yet Lebanon is one of the few countries in the region to have maintained an overarching national identity transcending sectarian differences by developing its Lebanonitude or Libanite.

We have witnessed the resurgence of the sense of Libanitude in the past year or so as people with different communitarian backgrounds have come together in a common effort to shape another vision of their country. Shaping such a vision isn’t easy and turning it into a reality may be the work of generations. And, yet, a nation can be re-moulded through common suffering and a shared belief in its power to correct its historic trajectory. Could this happen with another election dominated by the same discredited political elite? Maybe if those who boycotted the last election, or never voted, turn up to make 2022 a year of historic change.

One thing is certain: the current Lebanese model is long past its sell-by date. How it will be changed, no one knows for sure. But what everyone, perhaps except this week’s conferees know, is that it must and will change.

Amir Taheri was the executive editor-in-chief of the daily Kayhan in Iran from 1972 to 1979. He has worked at or written for innumerable publications, published eleven books, and has been a columnist for Asharq Al-Awsat since 1987