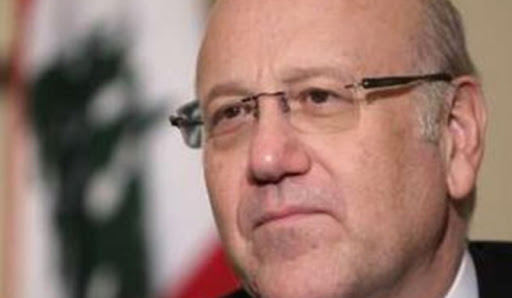 A year after Beirut’s devastating port blast, the country’s political class is desperately trying to avoid a political reckoning.

By Anchal Vohra, a columnist for Foreign Policy and a freelance TV correspondent and commentator on the Middle East based in Beirut.

Lebanon’s ruling elite designated billionaire Najib Mikati to be prime minister at a time when Lebanon’s masses have fallen under poverty. He comes from Tripoli, the poorest city in Lebanon, but owns a yacht, a stake in Pepe Jeans, a South African telecom firm, and prime real estate in New York and London. According to Forbes, Mikati is one of the richest men in Lebanon with an estimated worth of $2.7 billion.

But such wealth highlights the widening inequality, and political dysfunction, in a country where most people find it hard to imagine how they will ever again make ends meet. Nobody believes Mikati’s leadership is sustainable even in the medium term. It is Lebanon’s misfortune that its political class, and many of its international backers, believe he is worth supporting nevertheless.

Mikati is seen by most Lebanese, by contrast, as a symbol of an old and corrupt order. In October 2019, the month Lebanon erupted in protests, he was charged with corruption for illegally profiting from housing loans meant for lower-income groups, but the case was buried. Most insulting to the suffering of the Lebanese is the fact that Mikati has previously served as prime minister—and last did so when a ship laden with thousands of tons of ammonium nitrate first docked at Beirut’s port. He now returns to power a year after the unsafely stored explosive caught fire, exploded, and fatally damaged some of the most glorious parts of the city.

Is Mikati the man to extract Lebanon from its myriad crises? Activists say he is a pawn of the political class, a stopgap prime minister tasked with preserving the status quo. But optimists believe that as an experienced businessperson, Mikati might strike the right compromises and find a way to keep the country afloat until elections next year. Lebanon’s backers in the West are clearly hoping that, through Mikati, a disruptive collapse of Lebanon’s political order can be avoided for now.

Lebanese politics has been in dysfunctional stasis ever since Beirut was shaken by an explosion so strong it has been compared to the Chernobyl disaster. Around 200 innocent people were killed, thousands of people were injured, and hundreds of thousands of people were rendered homeless in an incident that could have been avoided. One week later, Hassan Diab was forced to resign as prime minister. But Diab has continued as caretaker prime minister as former Lebanese chief of staff Mustapha Adib and Lebanese Prime Minister Saad Hariri failed to form a government.

Hariri held 18 meetings with Lebanese President Michel Aoun over a nearly 10-month period; his cabinet, which was composed of technocrats, was equally divided among different sects. Aoun, experts said, wanted more offices for Christians to facilitate the reentry of his son-in-law Gebran Bassil into politics. A former foreign minister, Bassil is perhaps the most despised politician in Lebanon and was sanctioned by the United States under the Magnitsky Act, which was designed to combat global corruption.

Hariri resigned. Now Mikati is facing similar constraints. The key dispute is over the Ministry of Interior and Municipalities, which will organize the next elections and is currently held by a Sunni Muslim. Mikati, a Sunni himself, will not hand over the crucial ministry to the Maronites as control over this ministry might make all the difference at the ballot. “The Sunnis have held the interior ministry since 2014, but only because Shiites have held finance, which is the most important ministry,” said Sami Nader, a Lebanese political analyst. “The constitution does not say the distribution must be sectarian, but that’s how the system has been. Every party wants the top Ministry of Finance or the second most important interior ministry that is in charge of holding elections. That, of course, raises doubts over how free and fair they want the election to be.”

A source confirmed to Foreign Policy that Aoun also wants to retain the Ministry of Justice for Maronite Christians. At a time when the country is calling for an international investigation into the Beirut blast and trying to hold elites accountable, control over the justice ministry could prove invaluable for anyone hoping to avoid prosecution, said Lebanese experts who didn’t want to be named, fearing retaliation.

Mikati has refused Aoun’s proposal for a rotation of the key ministries—interior, finance, defense, justice, and foreign affairs—and offered to instead maintain the same sectarian and confessional distribution that currently exists in the caretaker government. Mikati had expected to be able to form a government by Aug. 4 but expressed disappointment after his most recent negotiations with the president. “I set off in my mission from the principle of preserving the same sectarian and confessional distribution adopted in the previous government in order to avoid any new dispute,” Mikati said. “Frankly, with regard to the government, I was hoping the pace would be faster.”

A close confidante of the prime minister-designate told Foreign Policy Mikati might resign too if the president refuses to agree to his cabinet lineup. “He won’t reshuffle. Under the caretaker government, finance is with a Shia, interior with a Sunni, and foreign affairs and justice with the Maronites. Mikati will keep it that way,” the confidante said. “If President Aoun approves, we shall have a government by Friday or maximum Monday. If he doesn’t, then by early next week, Mikati will resign.”

The wrangling over cabinet portfolios reveals two very different discourses in the country over its political future. One is represented by activists and protesters who joined the uprising, and the other is propagated by the political class. Protesters say they no longer want a sect-based, power-sharing system rampantly abused by various sectarian leaders and warlords to further their hold on power. They want an end to clientelism, a new era of independent watchdog institutions, and a new technocratic class in government office.

But the current political class realizes such political reforms would be fatal to its reign. They are hoping to invoke deep-rooted sectarian divisions to electorally return to power. That is the reason each party is holding on to a share of ministries while some are haggling for more on behalf of their respective confessional bases.

“The political class have always—before and after the civil war—used the same discourse that they are protecting their people,” said Roy Dib, a young Lebanese activist. “But they have only generated fear between different groups. Are the people really as divided on sectarian lines? We can only find out in the next elections—provided they are conducted in a free and fair manner. I think something changed in the October revolution, the way people think changed, and first signs of the change were visible in the university elections and lawyers and engineers’ syndicate elections. Most winners were independents.”

Nizar Ghanem, research director of a think tank called Think Triangle, described Mikati’s designation as “simply meant to buy time for the whole political class,” which understands that its own stability depends on other regional actors. Saudi Arabia washed its hands of Lebanon when the local Sunnis leadership proved incapable of standing up to Iran-backed Hezbollah. The withdrawal of Saudi financial and diplomatic support worsened the country’s political impasse by putting Lebanon’s Sunni leaders on the back foot in political negotiations and emboldening Hezbollah’s Christian allies.

Last month, U.S. Secretary of State Antony Blinken and French Foreign Minister Jean-Yves Le Drian met with their Saudi counterpart in Riyadh to encourage the kingdom to reengage with Lebanon by providing humanitarian aid A French diplomatic source told Foreign Policy the message to Saudis was “to not forget about Lebanon” and that it was better to be engaged then risk irrelevance. “There is a crisis. You have a role to play. There are a lot of things to do. That’s what we told Riyadh,” the diplomatic source said.

The battle for Lebanon’s future thus remains stuck between two ideas: a tribal politics of the past where allegiances are sectarian and strongmen call the shots and one where the Lebanese are citizens first and Shiite, Sunni, or Christian second. Mikati, for now, is promising the stars: a technocratic government, free elections, an international investigation into the blast, an end to political immunity for any of the politicians summoned, and talks with the International Monetary Fund. But few believe he will deliver.