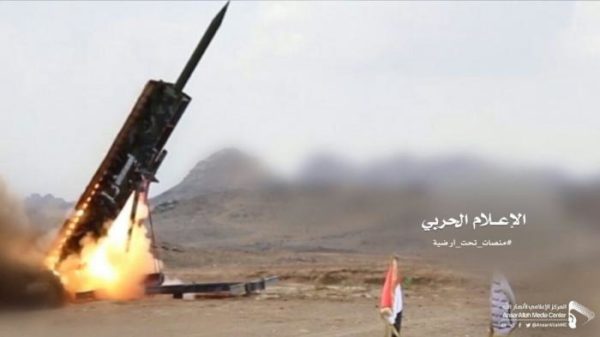 File foto : The Iranian-backed Houthi militia recently launched a combination of missile and drone attacks against targets in Saudi Arabia in a span of 24 hours. The US forces in Iraq were also attacked recently by drones that were made in Iran. For this and other reasons the US to impose new sanctions against Iran’s manufacturers of drones and missiles
Share:

The report says that Western officials are more concerned about the immediate danger in the region from those capabilities than from Iran’s nuclear and ballistic missile programs. The plan appears to be to sanction those companies that supply critical parts for Iran’s precision weapons.

Iranian military officials have been boasting of the growing precision capability of their weapons in recent months. It appears they have transferred some of the capability to their allies and proxies in the region.

Supreme Leader Ali Khamenei told visiting Hamas representatives in June following the Gaza war that “Not long ago, Palestinians fought with rocks, but today they are armed with precision missiles instead, and that means advancement.”

Iranian technology has also been used extensively by Yemen’s Houthis to target Saudi Arabia with drones and missiles.

The new sanctions campaign coincides with other signals from the Biden Administration of a tougher approach toward Tehran which is relentlessly advancing its uranium enrichment program.