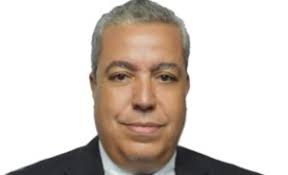 The Tunisian presidency fired the head of the national television channel on Wednesday after two guests were briefly banned from entering its studios to take part in a programme.

The dismissal of Wataniya’s CEO comes after president Kais Saied suspended parliament and sacked the prime minister on Sunday, in what opponents have labelled a coup.

On Monday, Qatari broadcaster Al Jazeera said police had forced its Tunis office to close, adding to fears that civil liberties and press freedom were at risk in the fledgling democracy.

The sacking of Wataniya’s president Lassaad Dahech came hours after a journalism union representative and an activist were blocked from entering the channel’s offices on Wednesday.

Amira Mohamed, vice president of the SNJT union, said she was stopped at the entrance by a security agent who was waiting for authorisation from the channel’s management to allow her in.

Human rights activist Bassem Trifi, who was also stopped from entering, said he had been told it was not Wataniya’s decision.

“The CEO of Wataniya told me he had received instructions from a military official to not let guests enter the television studios,” he said.

But the ministry of defence and the president’s office said they had not given any such instructions.

A few hours later, a statement from the president’s office said Saied had issued a decree relieving Dahech of his responsibilities and instructing Awatef Dali to take over the role temporarily.

Saied has said his suspension of parliament and subsequent actions are justified under the constitution, which allows the head of state to take unspecified exceptional measures in the event of an “imminent threat”.

He has insisted he will protect civil liberties.

On Wednesday, he also issued decrees sacking a long list of senior government officials, including the army’s chief prosecutor.