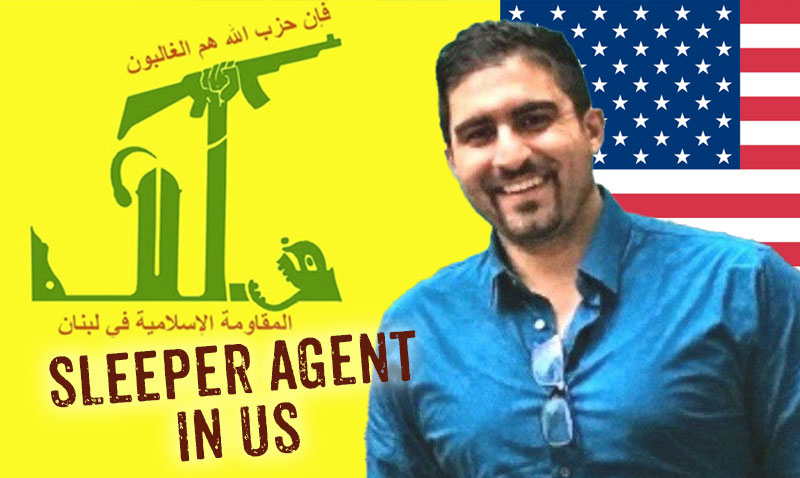 The Second Circuit on Tuesday upheld the terrorism conviction of man who claimed FBI agents had tricked him into incriminating himself while proffering evidence as a cooperator.

A Hezbollah-trained sleeper agent who scouted New York City buildings for possible targets of terrorism failed to secure a reversal of his 40-year prison sentence Tuesday.

At oral arguments back in April, attorneys for Lebanon-born Ali Kourani only spoke to agents about his plan to become a suicide bomber after they led him to believe that the information he provided would secure his immunity from prosecution.

Over the course of five interviews, Kourani described having scouted airports and government buildings in New York City as potential targets for attacks. The sleeper agent noted that he feared for his family’s and his own safety, but that agents told him that the meetings would “remain confidential.” Instead, the information was then used to convict Kourani on eight counts of terrorism that carried a possible life sentence.

“Over a period of roughly two years, the District Court presided carefully and thoughtfully over these complex proceedings, affording Kourani, in full measure, the due process of law guaranteed by the Constitution,” U.S. Circuit Judge José Cabranes wrote for a divided three-judge panel. “We have reviewed all of the arguments raised by Kourani on appeal and find them to be without merit.”

Peter J. Tomao, of Garden City, New York, argued for Kourani that the FBI tricked his client into incriminating himself: “They never indicated to him that he faced prosecution,” Tomao had said in April. And when Kourani and his attorney referenced the confidentiality agreement they believed was in force, the agents did not deny that such an agreement existed. “They engaged in the type of deception that this court should not countenance,” he said.

Tomao also argued that Judge Hellerstein erred in sentencing by failing to consider the unwarranted disparity between Kourani’s four-decade sentence and those of other defendants convicted of providing material support to a designated terrorist. In support of this, the attorney cited handful of 15-year sentences for terrorism-related crimes that included buying weapons, planning an attack on Coney Island and traveling overseas.

The Second Circuit majority was not persuaded, however, noting that Kourani’s prison term would have been 110 years if the district court had imposed the statutory maximum prison term for each of Kourani’s seven counts of conviction and impose them consecutively as advocated by the government.

“On our review of the record, we cannot conclude that the District Court’s imposition of a 480-month prison term was either procedurally or substantively unreasonable,” Cabranes wrote.

U.S. Circuit Judge Rosemary Pooler wrote in dissent that Kourani was properly convicted but that she would have reversed his sentence.

“Here, had the district court ordered the sentences imposed for each of his convictions to run concurrently, Kourani would have served 20 years in prison and subsequently been deported. This is sufficient to accomplish the goals of imposing an adequate punishment, deterring future criminal conduct, and avoiding unwarranted sentencing disparities,” Pooler wrote. “Instead, Kourani must serve twice that.”

Pooler later wrote: “It is not lost on me that Kourani’s actions could have culminated in far more injurious results. Nevertheless, they did not, and accordingly, the sentence imposed is disproportionately high.”

The Clinton appointee had signaled her dissent on the sentencing issue during oral arguments where she pressed the government to identify any direct harm to a person or government that could be traced to Kourani.

“Who was the potential victim?” asked Pooler. “Are you telling me there was no actual victim of this crime, that Mr. Kourani is going to serve 40 years [over]?”

Assistant U.S. Attorney Emil Bove explained in reply that Kourani may have been surveilling, in a “coordinated and strategic way,” potential targets for attacks.

Bove, who had participated in oral arguments remotely, noted in the conference call that he was looking out the window at 26 Federal Plaza, a building that houses several federal government agencies just across Foley Square from the Thurgood Marshall United States Courthouse, where the Second Circuit normally holds in-person hearings.

Kourani could have been scouting out information like where security personnel stationed themselves, where exits were placed, and what uniforms officers were wearing, said Bove, co-chief of the Southern District of New York’s Terrorism & International Narcotics Unit.

Pooler asked the attorney whether he was speculating, presenting an “if” situation.

“The results of that ‘if’ are enormous, and extremely tragic,” Bove said.

The Second Circuit also rejected Kourani’s arguments on appeal that the district court erred when it denied his motion to suppress his confessions during a series of 2017 interviews with the FBI, along with his claim that he had received ineffective assistance of counsel during the 2017 interviews because his right to counsel had not yet attached.

Representatives for Kourani did not immediately respond to requests for comment on Tuesday.