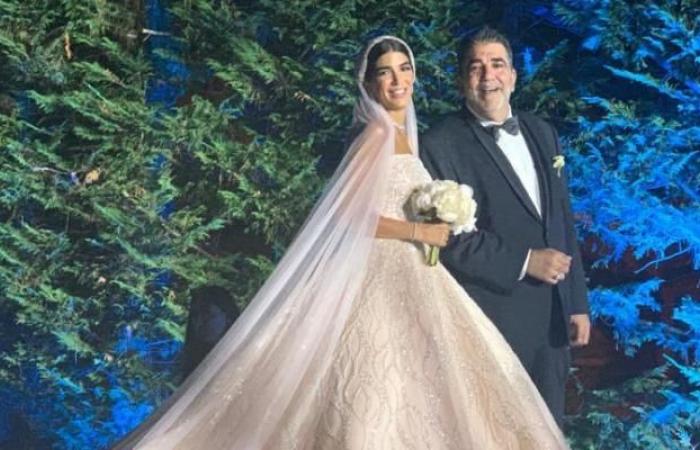 The wedding of the daughter of former Hezbollah MP Nawar al-Sahili caused the suspension of his political activity against the backdrop of a wave of anger directed at him by loyalists and opponents.
Share:

The wedding of the daughter of a former Hezbollah MP caused the suspension of his political activity against the backdrop of a wave of anger directed at him by loyalists and opponents.

In a widespread attack, the Lebanese considered that spending huge sums of money on this party contradicts the principles claimed by the militant group in Lebanon, and constitutes a provocation at a time when the Lebanese people are suffering from difficult living and social conditions.

Following the circulation of the photos of the wedding of the daughter of former Hezbollah MP Nawar al-Sahli, which showed an extravagance and luxury that cost tens of thousands of dollars, loyalists and opponents of Hezbollah sparked a campaign against him and the party and its alleged slogans claiming to stand by the Lebanese people, who have become more than 60% of them suffer from poverty.

The hashtag “# Nawar al-Sahili” topped the tweets of activists in Lebanon on social media, from supporters and opponents of the party.

Journalist Maryam Seif wrote, on her Twitter account, saying: “They certainly do not have the right to be happy with their children at a time when they are killing people’s children and preventing their joy,” in reference to Hezbollah.

Activist Lara Haddad also said, “The party’s environment suffers from hunger and poverty, and MP Nawar Al-Sahili is marrying his daughter in a wedding whose costs are sufficient to feed all the party’s supporters.”

Criticizing the ceremony, Amal Hijazi commented, “These are the children of our representatives and ministers… As for our sons, they emigrated from their country in pursuit of a livelihood and dignity that they were denied in their country.”

This campaign led the former deputy to suspend his activities in Hezbollah, disavowing the costs of the wedding ceremony.

Al-Swahili wrote on his Twitter account, saying: “I attended my daughter’s wedding ceremony, which was held by my brother-in-law yesterday, and I did not appreciate that it would cause harm to our dear audience.”

He added, “I apologize to my family and loved ones for what happened. I also caused unintended offense to the party to which I belong. Therefore, I announce the suspension of all my party activities, pending the decision of the leadership. I will abide by it no matter what.”

The pictures sparked widespread outrage on the communication sites and a wide campaign of responses due to the large spending at the ceremony in light of the storm of crises we are experiencing.