Lebanon crisis is now, it’s urgent and cannot wait . Time for the Int’l community to take the lead 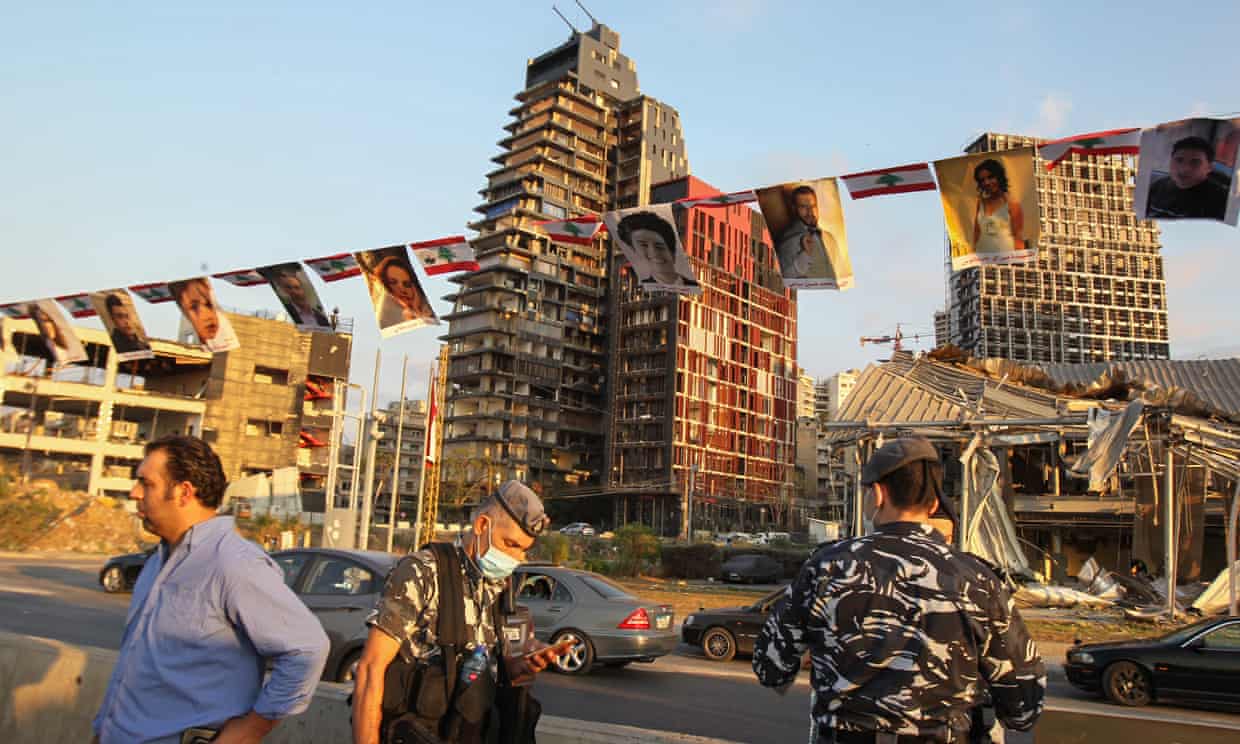 A memorial showing the photographs of the more than 200 people who died in the Beirut port explosion that took place on Aug 4, 2020. Photograph: Nabil Mounzer/EPA
Share:

By The Guardian Observer editorial

A new failed state in the Middle East would spell chaos for us all. The warring, corrupt and incompetent politicians are primarily to blame for the crisis in Lebanon. Time for the Int’l community to take the lead since the crisis is urgent and can longer wait

Amid so much trouble around the world, the crisis in Lebanon has received relatively little attention, especially from British politicians and media. This is a serious oversight. It’s not inconceivable Lebanon could soon become a “failed state” on a par with Libya or Yemen. That would be a disaster for its people, but also, as recent history shows, for the region, Europe and the UK.

The crisis has many aspects. The most pressing is the mounting human cost. The chronic devaluation of the Lebanese pound – it has lost about 90% of its value in the past 18 months – is taking a terrible toll on ordinary families. About 30% of Lebanese children go to bed hungry, the UN says. Most households are short of food. At least half the population has slipped into poverty.

Resulting hyperinflation, caused by adverse trading conditions during the pandemic but also by grossly irresponsible financial mismanagement by Lebanon’s politicians and bankers, means subsidies of essential foodstuffs, medicine and fuel no longer cover their true cost. People with deadly diseases such as diabetes or heart conditions cannot get the help they need.

More than 30% of the workforce is unemployed. Those in work see the value of their wages plummeting. Pensioners’ savings are evaporating. To the misery caused by shortages of imported goods are added regular power blackouts. Unicef warns the neglected public water system is “on life support”. Its collapse would put 71% of the population – more than four million people – at immediate risk.

The ramifications of the crisis spread much further. Lack of security and increased lawlessness are of growing concern. The army wants $100m just to cover the immediate needs of its 80,000 troops. A soldier’s average monthly salary before the crisis was worth the equivalent of $800. Now it’s about $80. The military is reportedly struggling to patrol the borders with Syria and Israel due to lack of fuel.

This in turn feeds fears that terrorists may exploit the situation through cross-border attacks and arms smuggling. Last week, rockets were fired into Israel, prompting a brief military retaliation. In calling for strengthened border defenses, the Israeli army worries the Lebanese state could fracture into sectarian fiefdoms with Hezbollah controlling Shia areas in the Beka’a valley and the south.

A Lebanese implosion could also have serious consequences for the unfinished conflict in Syria and the ongoing shadow war involving Israel, Saudi Arabia, the UAE and Iran. It was reported last week that some Syrian refugees are heading home, so bad has the situation in Lebanon become. A national collapse could trigger huge refugee outflows affecting Turkey, EU countries and the UK.

All these aspects of Lebanon’s unfolding tragedy reinforce the case for robust political action. But if the Lebanese agree on anything, it is that their warring, corrupt and incompetent politicians are primarily to blame for the crisis. Earlier this month, amid familiar squabbling and finger-pointing, senior leaders again failed to agree on forming a new government.

Power-sharing arrangements between Lebanon’s Christian Maronite, Shia Muslim and Sunni Muslim communities were once held up as a model. But this system, which kept the country’s elites happy at the expense of the national interest, has not worked well for years. The lethal explosion that devastated Beirut’s port area almost exactly one year ago, and the subsequent failure to punish those responsible, grimly symbolizes this endemic political incapacity.

Lacking new ideas and flexibility, the politicians are hoping elections next year will provide a way out. But the crisis is now, it’s urgent and it cannot wait. For the sake of the Lebanese people, and out of obvious self-interest, the international community – and that includes too-silent Britain – must take the lead. A UN-backed conference hosted by France in Paris on 4 August may be the last chance to save Lebanon from utter disaster.