Ghosn: “I am not a car man”, rejects blame in Dieselgate probe 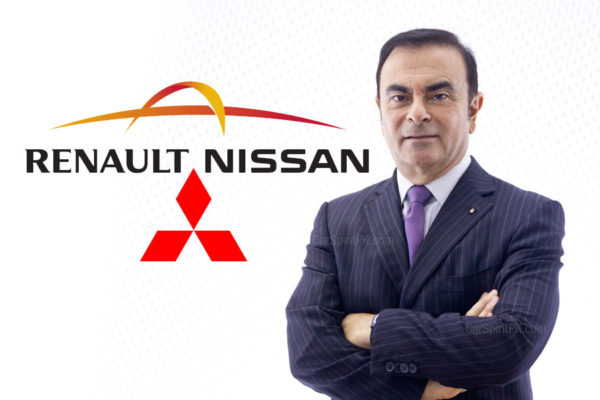 FILE PHOTO : Former Nissan, Renault and Mitsubishi chief Carlos Ghosn . The 65-year-old tycoon said after escaping from Japan to Lebanon he would ‘no longer be held hostage by a rigged Japanese justice system, where guilt is presumed, discrimination is rampant, and basic human rights are denied’ . On November 24, 2020, a panel of human rights experts working with the United Nations said that former Renault-Nissan boss Carlos Ghosn was wrongly detained in Japan and has urged “compensation” for him from the Japanese government.
Share:

Former Nissan and Renault boss Carlos Ghosn denied any responsibility in Renault’s alleged cheating on emission tests for diesel vehicles during more than six hours of questioning in Beirut in May, according to documents seen by AFP.

Ghosn led the Franco-Japanese car-making alliance before his arrest in Japan in 2018 on allegations of financial crimes, which he denies.

He jumped bail and fled to Lebanon a year later.

Three French magistrates travelled to Beirut from Paris to question the 67-year-old fallen auto titan over the emissions scandal in which several other automakers, including Volkswagen, Peugeot and Citroen have also been embroiled.

Ghosn, who was questioned as a witness, claimed that he did not get involved in issues relating to engine performance at his level of management, according to the minutes of the interview.

Noting that between 2016 and 2018 he was also head of Nissan’s and Renault’s smaller partner Mitsubishi, “meaning three companies spanning two continents, you can well imagine that I did not know the engines in detail,” he said during the questioning on May 26.

The “Dieselgate” scandal began at Volkswagen, which admitted in 2015 to using “defeat devices” to cheat on emissions tests in 11 million diesel engines.

It has since ensnared other auto-makers and triggered investigations in several countries, including in France where Citroen, Peugeot, Renault and Volkswagen have all been charged with deception over emissions.

In 2016, France’s anti-fraud office pointed a finger directly at Ghosn, saying that Renault’s “entire chain of command” was implicated in the affair and that the cheating was part of “company strategy”.

But Ghosn, who led Renault from 2005 to 2019, denied that the company faked emissions readings in the interview, which was first revealed by Le Monde newspaper earlier this month.

“We in no way skimped on respect for (environmental) standards,” the Brazilian-born tycoon, who also has French and Lebanese citizenship, told investigators.

While admitting that Renault struggled with “performance” issues, he said it was “nothing that could come close to what other manufacturers are accused of, in terms of knowingly hiding the results.”

On technical questions, he referred investigators to his former subordinates, including Carlos Tavares, his former deputy who now heads an alliance between Peugeot, Fiat Chrysler and Opel.

“I’m not a car person,” said Ghosn, insisting that he was above all “a manufacturer”.