Threat of chaos, instability , further deterioration of security, grows in Lebanon as theft and crime rise 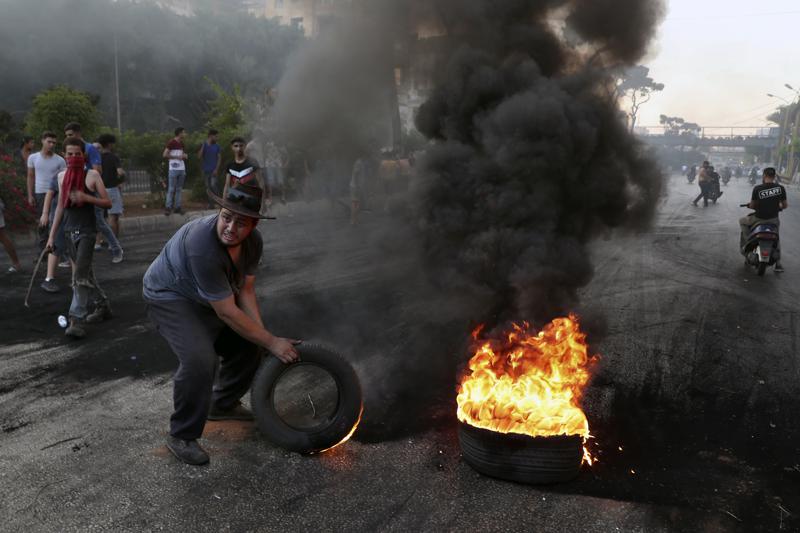 The deterioration of security and safety is another concern added to the Lebanese people’s massive financial, economic, social and political problems.

Security had been largely maintained in recent months, but as the people plunge deeper in crisis, the threat of instability grows.

The dire economy has led to a rise in crime and theft. Some people have said they no longer go out at night except for emergencies, they no longer travel long distances, avoid heading to ATMs at night and no longer wear precious jewelry.

Thefts and muggings have been reported across the country in recent days. A fuel tanker was forced to stop and its shipment seized. Drivers delivering baby milk and medical supplies have also been stopped.

In one incident, one citizen was lured to the town of al-Khodr near the international highway in eastern Lebanon and was robbed of his oil shipment, worth 20 million liras, or 13,000 dollars according to the official exchange rate.

Reports have also said that people exiting supermarkets have been robbed of their groceries.

Caretaker Interior Minister Mohammed Fahmi said that he had warned back in March that Lebanon was on the verge of major social insecurity.

“Many people are hungry. They can tolerate many things, except seeing their children go hungry,” he told Asharq Al-Awsat.

“As long as the situation persists, then chaos will grow, but it will not turn into total chaos,” he added.

“We will use all of our might to uphold the law and protect the people and public and private properties,” he vowed.

Information International reported a rise in murder and theft since the beginning of 2021. Murder has risen 45.5 percent and theft by 144 percent.

CEO of the Institute for Near East and Gulf Military Analysis – Inegma, Riad Kahwaji said the situation will deteriorate even further given that the dispute to form a new government and tackle the country’s economic crisis is unlikely to be resolved any time soon.

He told Asharq Al-Awsat that as the local currency weakens the people will find themselves confronted with more challenges in securing their daily needs.

He warned that the basic security, economic, food, education, environment, health, political and social essentials are lacking in Lebanon.

Meeting these needs is the responsibility of the state, which it has failed to do, rendering Lebanon a failed state, he added.

Kahwaji said it was normal to witness a rise in theft and crime. “Lebanon is in a state of freefall and no one knows how and when this tragedy will end.”

Given the mounting insecurity, people have resorted to protecting their homes, such as installing new doors or acquiring guard dogs.

Randa al-Habr, 44, told Asharq Al-Awsat: “This is the first time in years that I no longer feel safe.”

“I don’t feel safe at home or on the street. Unfortunately, I believe immigration is the only way out for me,” she lamented.