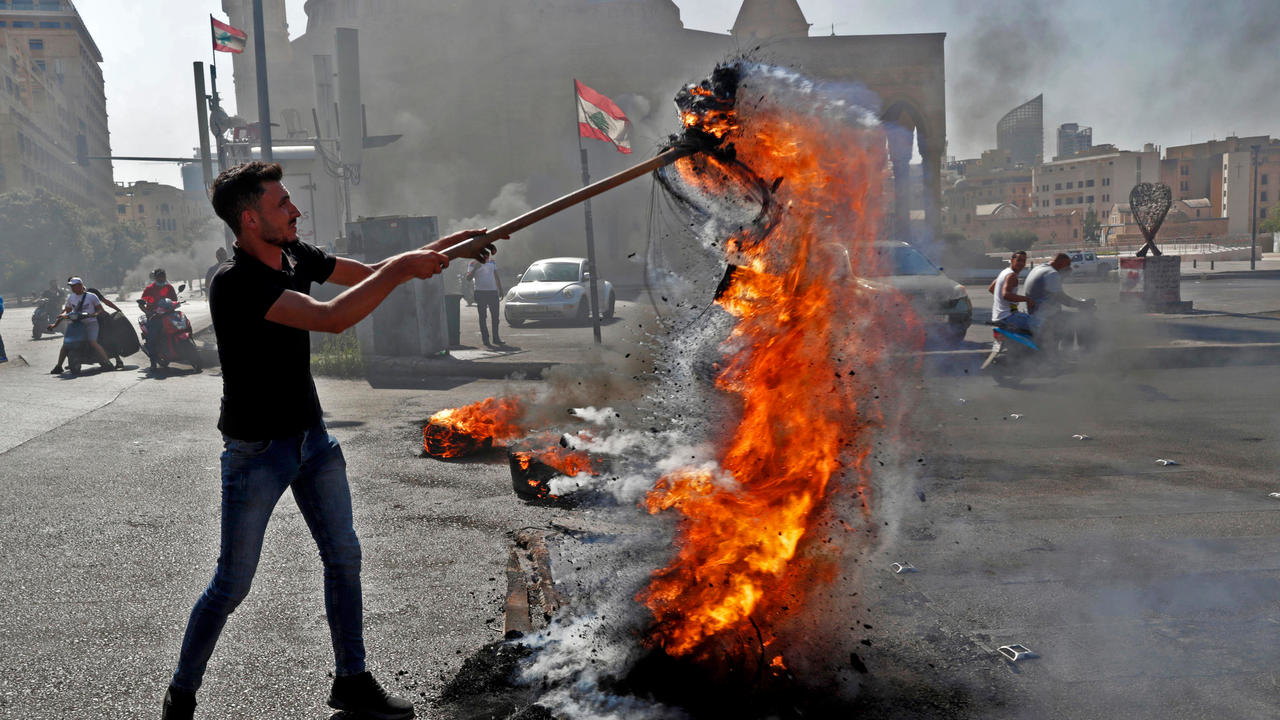 The pound has been pegged to the dollar at 1,507 since 1997, but the country’s worst economic crisis in decades has seen its unofficial value plummet.

Dozens of angry Lebanese took to the streets of the northern city of Tripoli to denounce the depreciation and “difficult living conditions”, the National News Agency reported.

Some protesters managed to break through the gates of a branch of the central bank and enter the courtyard, the NNA said, but the army prevented them from reaching the building.

Demonstrators also set fire to the entrance of a government office, an AFP correspondent said.

Others were seen trying to force their way into the homes of two lawmakers but were stopped by security forces.

The NNA said gunshots were heard outside the house of lawmaker Mohammed Kabbara and the army intervened to disperse protesters.

In the southern city of Sidon, protesters tried to storm another branch of the central bank only to be pushed back by security forces, the NNA reported.

Scattered protests also took place in the capital Beirut, where a small number of protesters took to the streets and burned tyres, an AFP correspondent said.

Lebanon has been roiled since autumn 2019 by an economic crisis the World Bank says is likely to rank among the world’s worst financial crises since the mid-19th century.

The collapse has sparked outrage at Lebanon’s political class, seen as woefully corrupt and unable to tackle the country’s many difficulties.

The pound’s dizzying depreciation comes as the eastern Mediterranean country grapples with shortages of medicine and fuel which are imported from abroad using foreign currency.

The country has been without a fully functioning government since a massive blast in Beirut last summer that killed more than 200 people and ravaged swathes of the capital.

The government stepped down after the disaster, but a deeply divided political class has since failed to agree on a new cabinet to replace it.