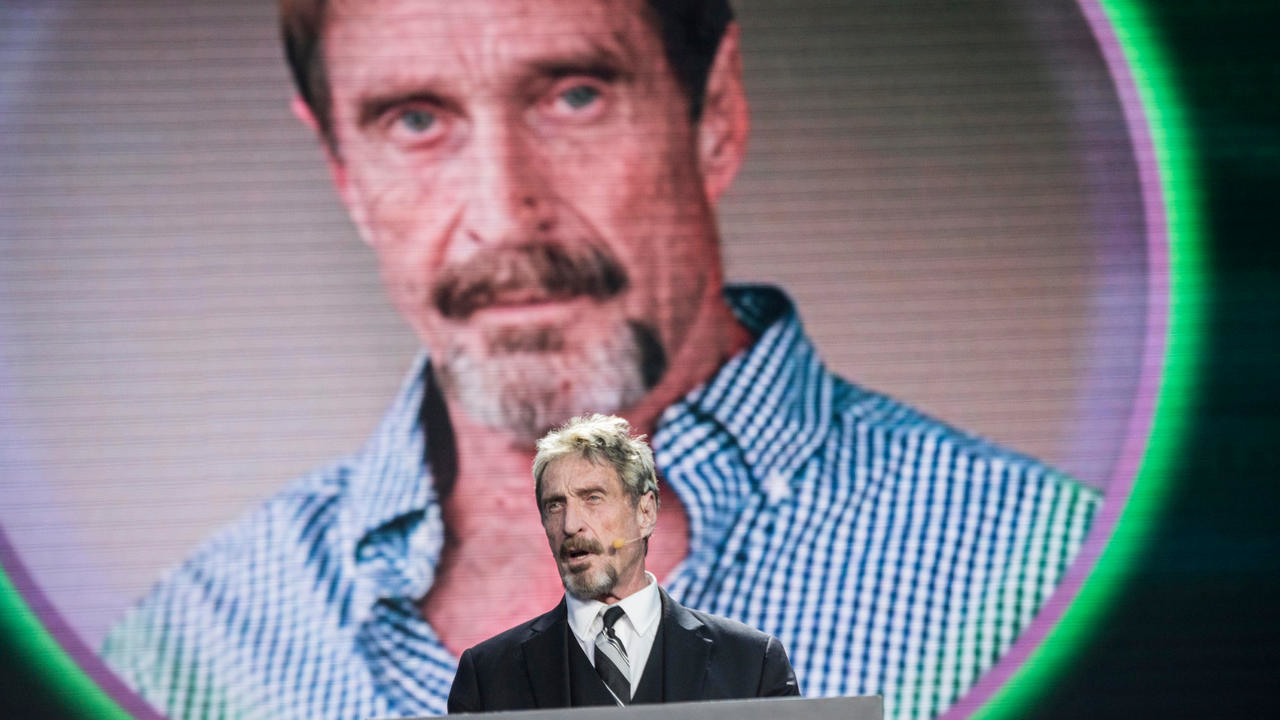 The US government said McAfee had failed to pay tax on 10 million euros of earnings Fred DUFOUR AFP/File
Share:

Antivirus software pioneer John McAfee was found dead in his jail cell in Spain on Wednesday, a prison official said, shortly after a court approved his extradition to the United States where he was wanted for tax evasion.

The 75-year-old was found dead in his cell in the Brians 2 penitentiary near Barcelona “apparently from suicide”, a spokeswoman for the prison system in the northeastern Catalonia region said, confirming media reports. She gave no further details.

McAfee has been in jail in Spain since he was arrested at Barcelona airport in October 2020, just as he was about to board a flight to Istanbul. ADVERTISING

He is alleged to have deliberately failed to file tax returns between 2014 and 2018, despite earning millions from consulting work, cryptocurrencies and selling the rights to his life story.

If convicted, he could have faced up to 30 years in prison.

Spain’s National Court earlier on Wednesday said it had approved his extradition to the United States.

The decision could still have been appealed and the extradition would also have needed approval from the Spanish cabinet.

According to the US extradition request filed in November and quoted in the ruling, McAfee earned more than 10 million euros ($12 million) in the four years in question, but never filed a tax return.

“To conceal his income and assets from the Internal Revenue Service… the defendant ordered part of his income to be paid to straw men and placed property in their names,” it said.

The Spanish court decision only referred to offences that took place between 2016 and 2018.

Since making a fortune in the 1980s with the antivirus software that still bears his name, McAfee had become a self-styled crypto-currency guru, claiming to make $2,000 a day.

He has more than one million followers on Twitter.

In a tweet on June 16, he said the US authorities believed he had “hidden crypto. I wish I did” he said.

“My remaining assets are all seized. My friends evaporated through fear of association. I have nothing. Yet, I regret nothing.”