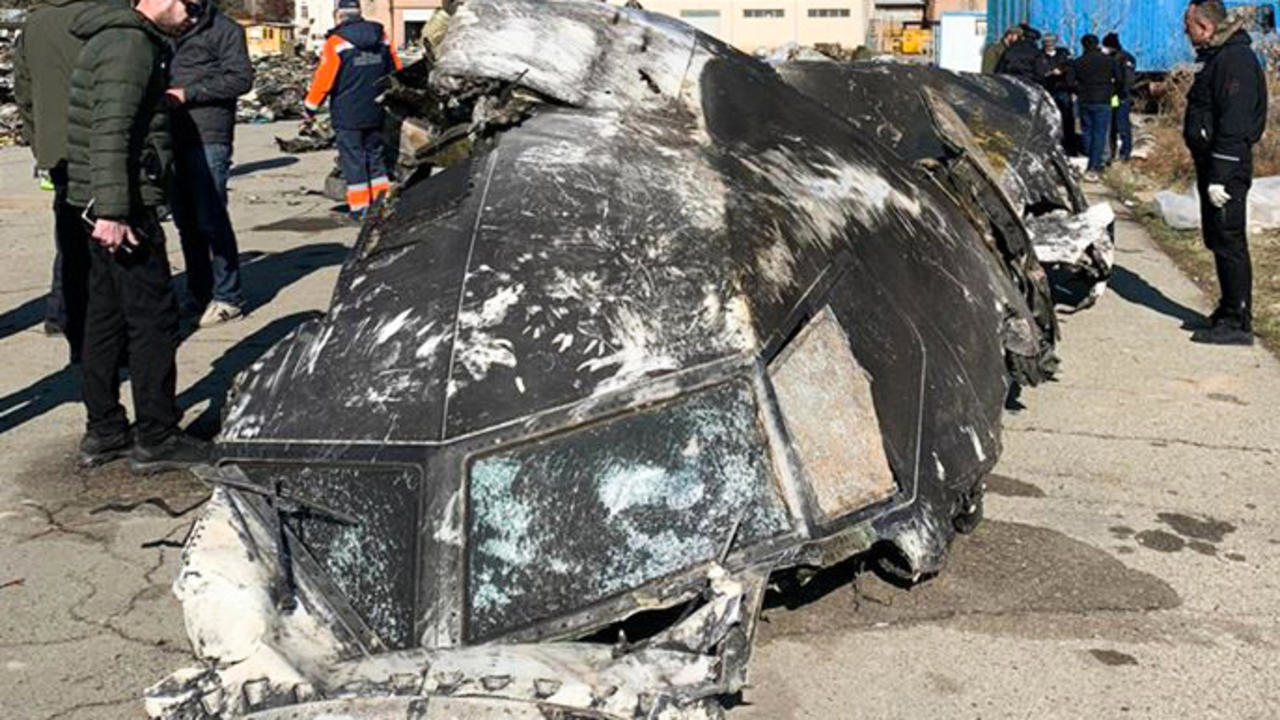 Handout photograph taken and released on January 11, 2020, by The National Security and Defense Council of Ukraine, shows people standing and analysing the fragments and remains of the Ukrainian plane downed by an Iranian missile outside the Tehran on January 8, 2020 STR National Security and Defense Council of Ukraine/AFP
Share:

The Iranian missile fire that shot down a Ukrainian Boeing airliner last year stemmed from a mixture of recklessness, incompetence and disregard for human life on the part of Tehran, an official report by Canadian experts released Thursday said, though it found no evidence the strike was premeditated.

Ukraine International Airlines (UIA) flight PS752, from Tehran to Kiev, crashed on January 8, 2020 shortly after takeoff with 176 people on board, including 55 Canadian citizens and 30 permanent residents. Three days later, the Iranian armed forces admitted having shot down the aircraft “by mistake.”

The report acknowledged that the forensic investigators, who examined all the evidence that was available to them, “found no evidence that the downing of Flight PS752 was premeditated.”

“Having said that, Iran does not get off the hook in any way whatsoever,” Foreign Minister Marc Garneau said at a press briefing.

“It is totally responsible for what happened due to a combination of incompetence, lack of accountability, a total failure of their command and control system, a total failure to properly assess the risk, a total failure to close the airspace and not even bothering to inform the aircraft taking off, that they were in a risk environment because missile batteries had been set up in the vicinity of the airport.”

On the night of the tragedy, Iran’s air defenses were on high alert, since Iran had just attacked a base used by the US military in Iraq in response to the US drone strike five days earlier in Baghdad that had killed Iranian General Qassem Soleimani, the architect of Iran’s regional strategy.

“The report highlights authorities’ recklessness, incompetence and wanton disregard for human life,” Garneau said, adding that Iran tried to cover up its actions by bulldozing the crash site and “providing only a misleading and superficial account of events.”

“The facts are clear, Iran is responsible for the deaths of 176 innocent people,” he said.

Ukraine slammed those findings as a “cynical attempt to hide the real causes” and Ottawa denounced the “incomplete” report without “hard evidence”.