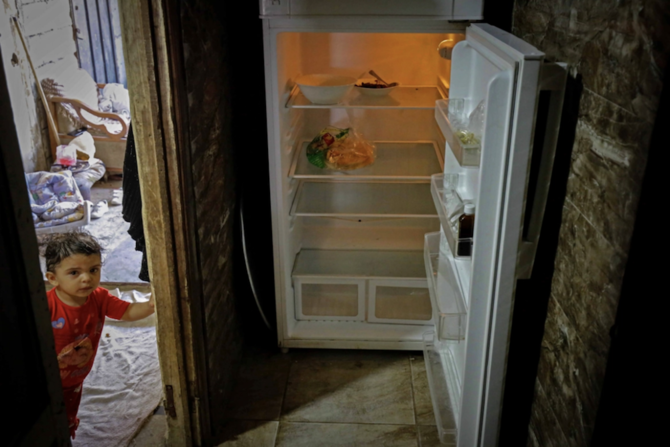 A documentary by CARE International , a major humanitarian agency sheds light on the poverty that the Lebanese are facing.
Share:

A documentary by CARE International , a major humanitarian agency sheds light on the “complicated and dangerous circumstances” that the Lebanese are facing.

BEIRUT: A new documentary launched on Friday has revealed the poverty being experienced by the Lebanese, as the country continues to grapple with a deep economic and financial crisis as well as the COVID-19 pandemic.

The documentary is from the major humanitarian agency CARE International and sheds light on the “complicated and dangerous circumstances” that the Lebanese are facing.

Five people from Beirut and Tripoli are featured in the film, including 60-year-old Youssef Bitar who sleeps on the roadside, and dreams of a home-cooked meal and a roof over his head.

He used to sell antiques in a popular Sunday market and had a good standard of living but, due to the lockdown, could not work or earn money. “Where do I go?” he asks. He has not showered for four months.

Bujar Hoxha, CARE Lebanon country director, said: “The documentary is trying to shed some light on the complicated and dangerous circumstances a large number of Lebanese families face these days. As the number of families below the poverty line increases day by day, our concern is growing and we see that the worst is yet to come.”

Nadine, who lost her eyesight aged 11, said fruit and vegetable prices were extremely high and that she was scared “on a daily basis” of being unable to feed her children.

“My neighbor and parish help me as well, but that does not make me feel safe. I dream of regaining my eyesight to see the features of my children’s faces.”

Jamila is 70, a mother of three and also a grandmother. She closed down her tailor’s shop three years ago because she could not afford the rent.

She now works at home. “Sometimes, I used to earn LBP170,000 a month, but now I earn less than LBP100,000. How can I pay the electricity bill and generator fees when I borrow money to pay rent?”

Noor, 16, has lived with her grandmother since her parents divorced when she was a child. She fears she will be unable to alleviate her grandmother’s suffering and borrows money from neighbors to survive.

“People do not like lengthy reads, and live scenes are better at getting to their humanitarian side,” Hoxha told Arab News. “Thus, this film aims to reach the largest number of donors to help Lebanon that needs more than the efforts of local organizations. The world must know what is happening in Lebanon in order to save it.”

MP Waleed Al-Baarini, a member of the Future Movement, on Friday warned that the poverty hidden behind walls would turn into a “social explosion.”

Al-Baarini, who is deputy of Lebanon’s poorest region Akkar, said: “We wake up daily to scenes that citizens are not used to, not even in the times of war, and if officials do not remedy the crisis by rushing to form a rescue government, regret will be useless then.”

The bank’s vice president for Middle East and North Africa, Ferid Belhaj, said a social safety net was considered important and vital to give the “poorest fragments a glimmer of hope.”

Belhaj said the bank was willing to provide additional funds to support families affected by the economic situation, “provided a social safety net project is implemented.”

Earlier this month the World Bank said that Lebanon’s crisis was one of the worst the world had seen in the past 150 years.