No surprises , Syria’s Assad re-elected for 4th term . ‘Polls were neither free nor fair’ 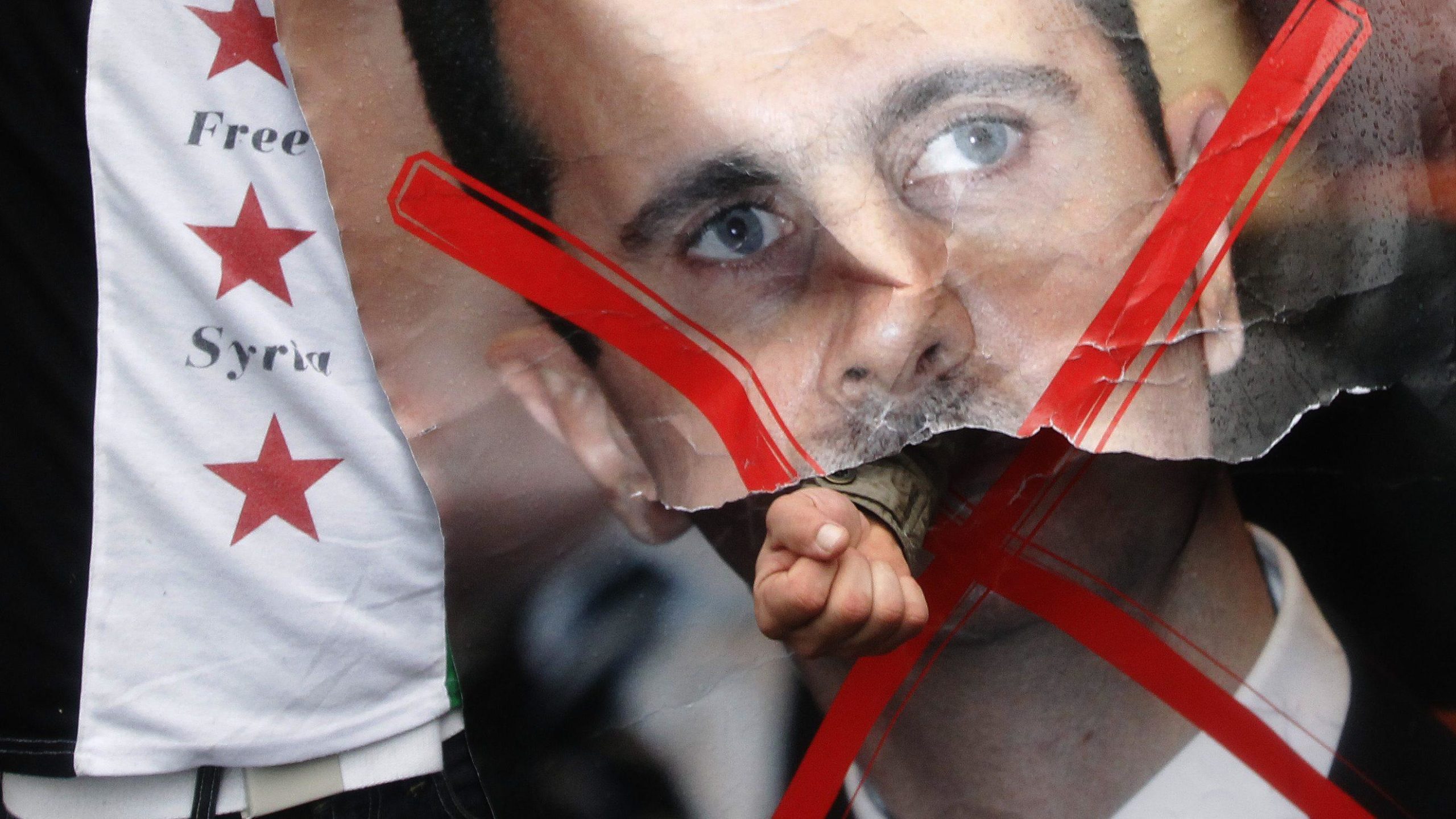 Bashar al-Assad , the London-educated doctor, has become a typical tyrant. He was re-elected for a fourth term as president of war-ravaged Syria, official results showed on Thursday, despite Western accusations the polls were “neither free nor fair”.
Share:

Bashar al-Assad has been re-elected for a fourth term as president of war-ravaged Syria, official results showed on Thursday, despite Western accusations the polls were “neither free nor fair”.

The controversial vote extending Assad’s stranglehold on power was the second since the start of a decade-long civil conflict that has killed more than 388,000 people, displaced millions and battered the country’s infrastructure.

Standing against him were former state minister Abdallah Salloum Abdallah and Mahmud Merhi, a member of the so-called “tolerated opposition”, long dismissed by exiled opposition leaders as an extension of the regime.

On the eve of the election, the US, Britain, France, Germany and Italy said the poll was “neither free nor fair”, and Syria’s fragmented opposition has called it a “farce”.

But few doubted that Assad, a 55-year-old ophthalmologist by training, would be re-elected.

In the last multi-candidate poll in 2014, Assad won 88 percent of the vote.

Huge election posters glorifying Assad had mushroomed across the two-thirds of the country under his control in the lead-up to Wednesday’s poll.

Before the election results were announced, tens of thousands of Syrians gathered Thursday in various cities to celebrate, waving Syrian flags and carrying pictures of Assad, state media reported.#photo1

The festivities broke out after the election committee, quoted by local TV, said that “the ballot counting process has been completed in the majority of Syrian provinces”.

“Tens of thousands of people in Tartus province gathered at the city’s seafront to celebrate” Assad’s expected win, according to state news agency SANA.

Thousands of other Syrians rallied in the coastal city of Latakia and in Umayyad Square in the capital Damascus, which along with Tartus and Latakia are bastions of the regime.

Celebrations were also underway in Aleppo and in Sweida, in Syria’s south, where a crowd gathered in front of city hall, state media said.

The vote took place amid the lowest levels of violence since the war erupted in 2011 — but with the economy in free fall.

More than 80 percent of the population live in poverty, and the Syrian pound has plunged in value against the dollar, causing skyrocketing inflation.

Assad was first elected by referendum in 2000 after the death of his father Hafez al-Assad, who had ruled Syria for 30 years.

The UN’s Syria envoy, Geir Pedersen, said the polls were held under the auspices of the current constitution and “not part of the political (transition) process called for in Security Council Resolution 2254” of December 2015.

“What is required is a Syrian-led and -owned political solution, facilitated by the United Nations and backed by constructive international diplomacy,” he said.

In rebel-held northwestern Syria, home to three million people, hundreds took to the streets to protest on Wednesday, an AFP correspondent said.

They carried posters saying: “No legitimacy for Assad and his elections.”