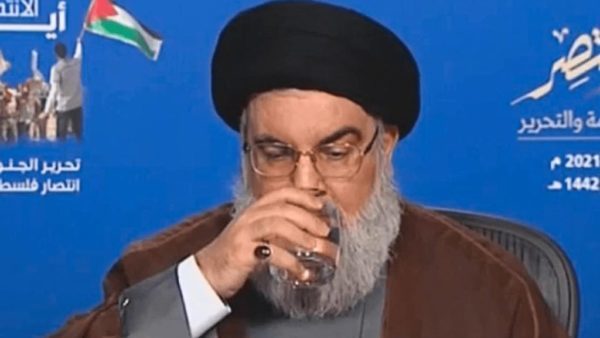 Hezbollah leader Hassan Nasrallah’s health spread appeared to suffer from a cough during televised remarks on Tuesday May 25, 2021.
Share:

Concerns over Iran-backed Hezbollah leader Hassan Nasrallah’s health spread on social media hours after he appeared to suffer from a cough during televised remarks on Tuesday.

Nasrallah had denied suffering from Covid-19 two weeks ago and apologised for his chronic coughing during a televised speech. He said at the time the cough was caused by a lung infection.

Nasrallah’s public remarks were his first since the 11-day long war between Israel and Hamas ended in a ceasefire and also marked the withdrawal of Israeli troops from south Lebanon in 2000.

He said he should have appeared on TV earlier to comment on the fighting but had delayed his appearance due to illness.

His appearance raised concerns on social media among the party’s supporters over his health condition.

Nasrallah warned Israel against future attacks on Jerusalem, describing its battle with Hamas as a clear victory for the “resistance” axis.

Hezbollah fought a devastating month-long war with Israel in 2006, and Nasrallah threatened that the group and its regional allies will be seeking to establish new red lines, adding that serious Israeli attacks against holy sites should be met with a regional war.