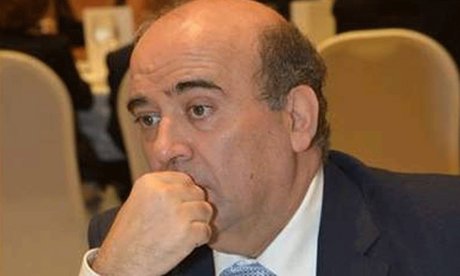 Lebanon’s president said on Tuesday the foreign minister’s critical comments about Gulf states did not reflect official policy, seeking to avoid a further strain on ties with countries that have been Lebanon’s allies and donors.

Mired in its worst economic crisis since a 1975-1990 civil war, Lebanon has lost the financial backing it once relied on from wealthy Sunni Muslim Gulf states that are increasingly frustrated at the rising influence of Hezbollah, a Lebanese group backed by their rival Shi’ite Iran.

Lebanese Foreign Minister Charbel Wehbe threatened to stoke new tensions in a television interview on Monday, when he appeared to blame the Gulf for the rise of Islamic State in Iraq and neighboring Syria.

“Those countries of love, friendship and fraternity, they brought us Islamic State,” he told Al Hurra without naming them.

When asked if by “those countries” he meant Gulf states, Wehbe said he did not want to name names. But on a question about whether Gulf states had funded the Islamist movement he said: “who funded them then, was it me?”

Wehbe said on Tuesday his comments were misrepresented and President Michel Aoun, a Maronite Christian like Wehbe and also an ally of Hezbollah, said the minister’s comments were his “personal opinion” and praised “brotherly” ties with the Gulf.

But others were swift to criticise Wehbe.

Saad al-Hariri, the  prime minister-designate now trying to form a cabinet and whose family’s wealth was built up in Saudi Arabia, said Arab support was vital.

“As if the crises that the country is drowning in and the boycott it is suffering from are not enough,” he said.

Crushed by debt, Lebanon’s economy has imploded, sending its currency into tailspin. A massive blast at Beirut port in August added to its woes, prompting the last government to resign. It is now acting in a caretaker role.

Western donors, led by France, which also previously bailed out Lebanon, want a cabinet of technocrats before releasing aid.

Mass protests in 2019 had also called for sweeping out the old elite, many of whom have held top posts for years.