UNIFIL: Situation in southern Lebanon calmed after rockets were fired into and from Israel 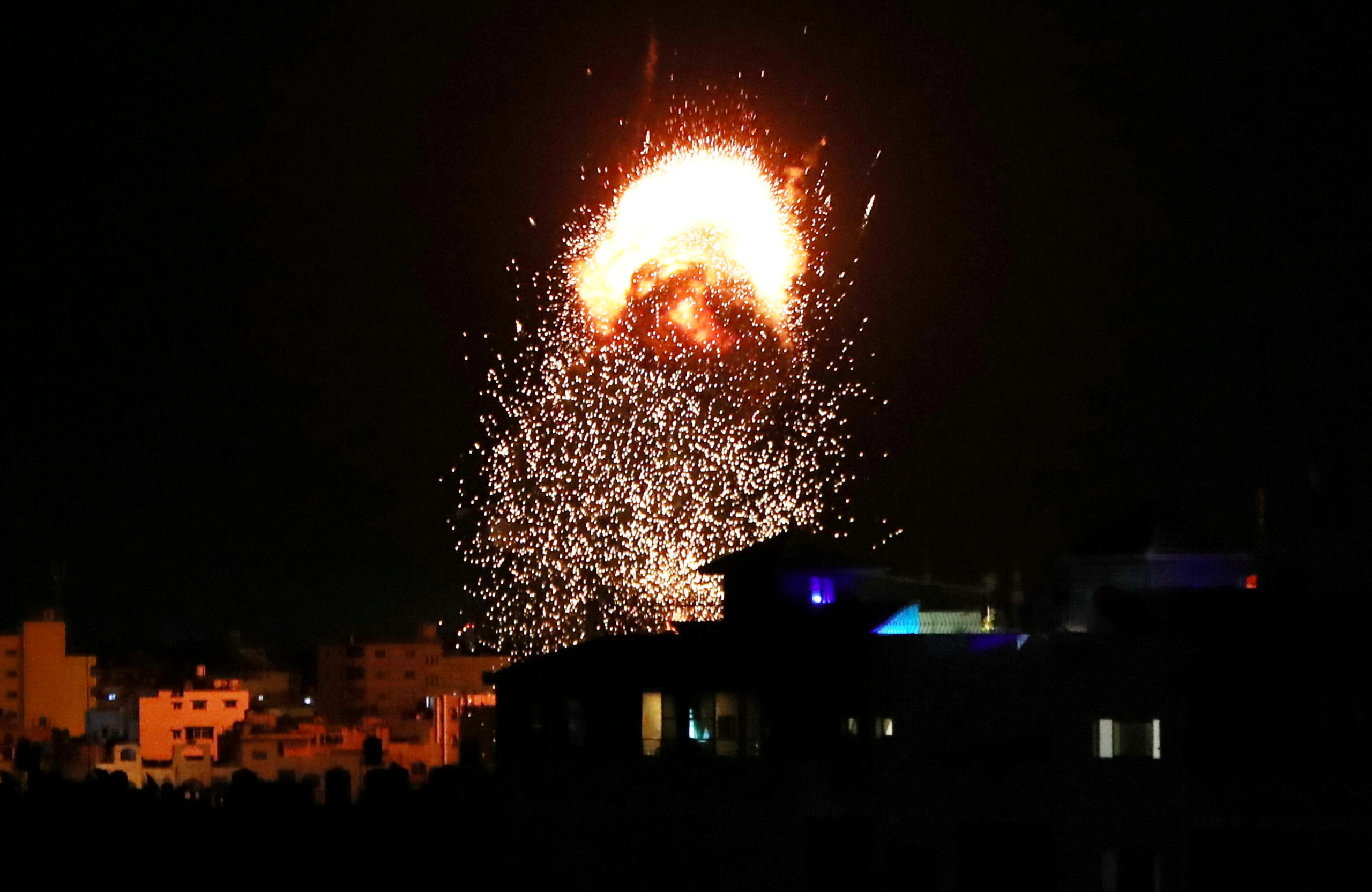 Smoke and flames rise above a building during Israeli air strikes,aeli territory amid a flare-up of Israeli-Palestinian fighting, in Gaza City May 17, 2021. REUTERS/Mohammed Salem
Share:

The United Nations Interim Force in Lebanon (UNIFIL) said security was intensified in southern Lebanon after rockets were fired into and from Israel.

“UNIFIL in coordination with the Lebanese Armed Forces is enhancing security control in the area and has intensified patrols to prevent any further incidents that endanger the safety of the local population and the security of southern Lebanon,” the UN peacekeeping mission said on Twitter.

On Monday 17 May at around 1130pm, UNIFIL detected firing of rockets from general area of Rashaya Al Foukhar north of Kfar Chouba in s. Lebanon. Immediately after we were also informed by the parties.
IDF returned artillery fire directed at location from where rockets originated.

“The situation in the area is now calm,” UNIFIL added.

The Israeli military said six rockets were fired from Lebanon towards Israel, but fell short of crossing the border.

“In response, our artillery forces fired toward the sources of the launches,” the IDF said on Twitter.

The AFP news agency cited a Lebanese security source as saying that three shells were fired from Lebanon into Israel.

“Three Grad-type rockets were fired from the Shebaa Farms area,” near the Israeli border, the military source told AFP.

Air raid sirens sounded in northern Israel near the border with Lebanon as residents were instructed to prepare bomb shelters.

Gaza’s Health Ministry said 212 Palestinians were killed, including 61 children, and 1,400 were injured in Israeli attacks since the beginning of the fresh round of violence.

The ministry’s spokesman said that, according to examinations by medical crews, “it is clear that the Israeli occupation targets defenseless civilians in their homes and neighborhoods using excessive force.”

The only coronavirus laboratory in Gaza can no longer carry out testing as the clinic housing it was hit by an Israeli airstrike Monday, health officials said.

The Israeli attacks “threaten to undermine the efforts of the health ministry in the face of the COVID pandemic,” said Gaza’s Health Ministry spokesman Ashraf al-Qidra.

“Targeting these buildings, which are not used for military purposes, is a flagrant violation of the principles of international humanitarian law,” the Palestinian Red Crescent said.

Israel “will continue to operate as long as needed to restore quiet and security to all Israelis,” Netanyahu said.

Israel has recorded 10 deaths, including a 5-year-old boy and a soldier, in the ongoing rocket attacks launched from Gaza toward Israel.

Norway says it will raise crisis on Security Council agenda

“The situation on the ground continues to deteriorate. Innocent civilians continue being killed [and] injured. We repeat: Stop the fire. End hostilities now,” Norway’s delegation said on Twitter.

At a Security Council session on Sunday, UN Secretary-General Antonio Guterres had called for an immediate end to the “utterly appalling” fighting.