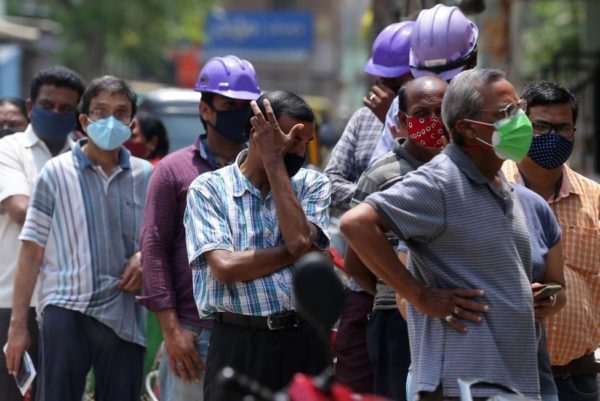 People stand in line to get a COVID-19 vaccine at government healthcare center in Bangalore, India, on Saturday. The United States says it will allow exports of vaccine-making materials to help India fight a massive surge in new cases. Photo by Jagadeesh Nv/EPA-EFE
Share:

April 25 (UPI) — The Biden administration on Sunday announced it is allowing exports of raw materials needed by India to make a COVID-19 vaccine as it faces an exponential surge in deaths and new cases.

The United States has located supplies of materials necessary for India to ramp up its production of its homegrown Covishield vaccine and will immediately make them available to the beleaguered South Asian nation, National Security Council spokeswoman Emily Horne said in an issued statement.

The move was announced after National Security Advisor Jake Sullivan spoke by phone with Indian counterpart Ajit Doval about the worsening pandemic conditions in his country, which Sunday set a world record for most infections in a singe day at nearly 350,000.

The decision represents a partial lifting of a U.S. ban against exporting raw materials needed to make vaccines. The administration last week refused to rescind the ban even as reports of overwhelmed hospitals, oxygen shortages and mass cremation sites in India circulated around the world.

Britain and China previously had pledged aid to India, and the European Union joined the United States Sunday in making similar commitments.

Horne said the United States has also identified supplies of therapeutics, rapid diagnostic test kits, ventilators, and personal protective equipment that will immediately be made available for India.