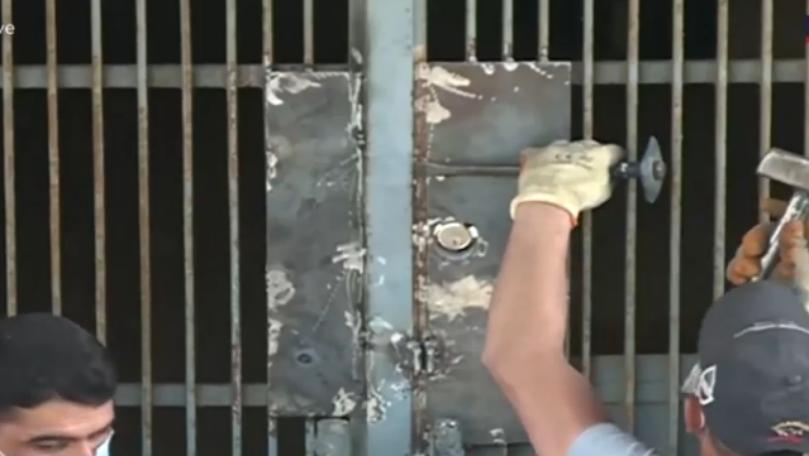 Judge Ghada Aoun staged a third raid on the offices of Mecattaf, She arrived at their office with her bodyguards, who are members of State Security, and broke the locks of metal gates at the entrance . Took folders and computers out of the building with her, the state news agency reported.
Share:

Lebanese President Michel Aoun warned against the destruction of property on Thursday after the removal of a judge from a financial corruption probe last week prompted her and her supporters to storm a currency exchange bureau.

Aoun made the remarks in a statement after a security meeting that included caretaker prime minister Hassan Diab, the interior minister and other officials.

On Wednesday, judge Ghada Aoun and her Free Patriotic Movement supporters had stormed the offices of a foreign exchange dealer for the third time in defiance of her removal from the investigation, with some of them breaking down doors, local media reported.

It was the second such attempt to enter the bureau by judge Aoun, who is not directly related to the president and whose supporters appeared largely to back President Aoun’s FPM .

Judge Aoun, chief prosecutor of the Mount Lebanon region, took folders and computers out of the building with her, the state news agency reported. Security forces deployed to the scene.

The row has spilled out into the streets and all over local media, with critics saying it laid bare the political grip on the judiciary in a country battered by a financial crisis rooted in graft and debt. The collapse has sunk the currency, paralyzed banks and trapped savers out of their deposits.